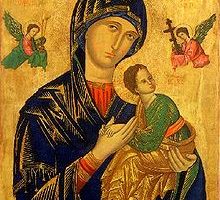 
18Let no one deceive himself. If any one among you thinks that he is wise in this age, let him become a fool that he may become wise. 19For the wisdom of this world is folly with God. For it is written, “He catches the wise in their craftiness,” 20and again, “The Lord knows that the thoughts of the wise are futile.” 21So let no one boast of men. For all things are yours, 22whether Paul or Apol’los or Cephas or the world or life or death or the present or the future, all are yours; 23and you are Christ’s; and Christ is God’s.


1The earth is the LORD’s and the fulness thereof, the world and those who dwell therein; 2for he has founded it upon the seas, and established it upon the rivers. 3Who shall ascend the hill of the LORD? And who shall stand in his holy place? 4He who has clean hands and a pure heart, who does not lift up his soul to what is false, and does not swear deceitfully. 5He will receive blessing from the LORD, and vindication from the God of his salvation. 6Such is the generation of those who seek him, who seek the face of the God of Jacob. [Selah]


1While the people pressed upon him to hear the word of God, he was standing by the lake of Gennes’aret. 2And he saw two boats by the lake; but the fishermen had gone out of them and were washing their nets. 3Getting into one of the boats, which was Simon’s, he asked him to put out a little from the land. And he sat down and taught the people from the boat. 4And when he had ceased speaking, he said to Simon, “Put out into the deep and let down your nets for a catch.” 5And Simon answered, “Master, we toiled all night and took nothing! But at your word I will let down the nets.” 6And when they had done this, they enclosed a great shoal of fish; and as their nets were breaking, 7they beckoned to their partners in the other boat to come and help them. And they came and filled both the boats, so that they began to sink. 8But when Simon Peter saw it, he fell down at Jesus’ knees, saying, “Depart from me, for I am a sinful man, O Lord.” 9For he was astonished, and all that were with him, at the catch of fish which they had taken; 10and so also were James and John, sons of Zeb’edee, who were partners with Simon. And Jesus said to Simon, “Do not be afraid; henceforth you will be catching men.” 11And when they had brought their boats to land, they left everything and followed him.

Reflection for the day: ‘There is a beauty of form, a dignity of language, a sublimity of diction which are, so to speak, spontaneous, and are the natural outcome of great thoughts, strong convictions, and glowing feelings. The Fathers [of the Church] often attain to this eloquence without intending to do so, without self-complacency and all unconsciously.’-St. Augustine