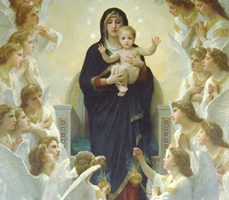 
1The word of the LORD came to me: 2“Son of man, you dwell in the midst of a rebellious house, who have eyes to see, but see not, who have ears to hear, but hear not;


56Yet they tested and rebelled against the Most High God, and did not observe his testimonies, 57but turned away and acted treacherously like their fathers; they twisted like a deceitful bow. 58For they provoked him to anger with their high places; they moved him to jealousy with their graven images. 59When God heard, he was full of wrath, and he utterly rejected Israel. 61and delivered his power to captivity, his glory to the hand of the foe. 62He gave his people over to the sword, and vented his wrath on his heritage.


1821Then Peter came up and said to him, “Lord, how often shall my brother sin against me, and I forgive him? As many as seven times?” 22Jesus said to him, “I do not say to you seven times, but seventy times seven. 23“Therefore the kingdom of heaven may be compared to a king who wished to settle accounts with his servants. 24When he began the reckoning, one was brought to him who owed him ten thousand talents; 25and as he could not pay, his lord ordered him to be sold, with his wife and children and all that he had, and payment to be made. 26So the servant fell on his knees, imploring him, `Lord, have patience with me, and I will pay you everything.’ 27And out of pity for him the lord of that servant released him and forgave him the debt. 28But that same servant, as he went out, came upon one of his fellow servants who owed him a hundred denarii; and seizing him by the throat he said, `Pay what you owe.’ 29So his fellow servant fell down and besought him, `Have patience with me, and I will pay you.’ 30He refused and went and put him in prison till he should pay the debt. 31When his fellow servants saw what had taken place, they were greatly distressed, and they went and reported to their lord all that had taken place. 32Then his lord summoned him and said to him, `You wicked servant! I forgave you all that debt because you besought me; 33and should not you have had mercy on your fellow servant, as I had mercy on you?’ 34And in anger his lord delivered him to the jailers, till he should pay all his debt. 35So also my heavenly Father will do to every one of you, if you do not forgive your brother from your heart.”191Now when Jesus had finished these sayings, he went away from Galilee and entered the region of Judea beyond the Jordan;

Reflection for the day: ‘Just as sheep and wolves cannot feed together, so a man cannot receive mercy if he tricks his neighbor.’-St. Mark the Ascetic