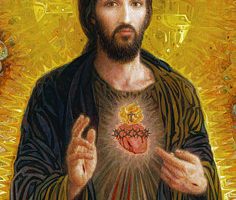 
1Praise the LORD! Praise the LORD from the heavens, praise him in the heights! 2Praise him, all his angels, praise him, all his host! 11Kings of the earth and all peoples, princes and all rulers of the earth! 12Young men and maidens together, old men and children! 13Let them praise the name of the LORD, for his name alone is exalted; his glory is above earth and heaven. 14He has raised up a horn for his people, praise for all his saints, for the people of Israel who are near to him. Praise the LORD!


22As they were gathering in Galilee, Jesus said to them, “The Son of man is to be delivered into the hands of men, 23and they will kill him, and he will be raised on the third day.” And they were greatly distressed. 24When they came to Caper’na-um, the collectors of the half-shekel tax went up to Peter and said, “Does not your teacher pay the tax?” 25He said, “Yes.” And when he came home, Jesus spoke to him first, saying, “What do you think, Simon? From whom do kings of the earth take toll or tribute? From their sons or from others?” 26And when he said, “From others,” Jesus said to him, “Then the sons are free. 27However, not to give offense to them, go to the sea and cast a hook, and take the first fish that comes up, and when you open its mouth you will find a shekel; take that and give it to them for me and for yourself.”

Reflection for the day: ‘Act as if every day were the last of your life, and each action the last you perform.’ -St. Alphonsus Maria de Liguori