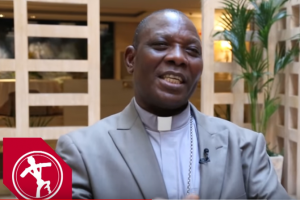 The Power of the Rosary: Nigerian Bishop Has First-hand Account

This article was originally posted December 29, 2015 yet it is especially relevant today after recent (Sunday, December 27, 2020) kidnapping at gunpoint of Bishop Moses Chikwe, Auxiliary Bishop of Nigeria’s Archdiocese of Owerri, and his driver, both of whom were released two days ago by Islamist terrorist group Boko Haram.

12/29/15—Nigerian Bishop Oliver Dashe Doeme says that he has seen Christ in a vision and now knows that the Rosary is the key to ridding the country of the Islamist terrorist organization Boko Haram.  He says he is being driven by a God-given mandate to lead others in praying the Rosary until the extremist group disappears.

“Towards the end of last year I was in my chapel before the Blessed Sacrament… praying the Rosary, and then suddenly the Lord appeared,” Bishop Dashe told CNA April 18, 2015.

The Rosary is our sword

In the vision, the prelate said, Jesus didn’t say anything at first, but extended a sword toward the bishop, and Bishop Oliver Dashe Doeme reached for it.

“As soon as I received the sword, it turned into a Rosary,” the bishop said, adding that Jesus then told him three times: “Boko Haram is gone.”

“I didn’t need any prophet to give me the explanation,” he said. “It was clear that with the Rosary we would be able to expel Boko Haram.”

The bishop said he didn’t want to tell anyone, but “felt that the Holy Spirit was pushing him to do so.”

He started with the priests of his diocese, and then told participants in the April 17, 2019 #WeAreN2015 congress in Madrid, Spain. The event was sponsored by the Spanish Catholic sister groups hazteoir.org and CitizenGo to gather ideas on how to preserve the Christian presence in nations where Christians are most persecuted.

In 2009, there were about 125,000 Catholics under his guidance. After a surge in violence from the Islamist extremist group called Boko Haram, today “there are only 50 to 60 thousand left,” he said.

Most of those who fled sought safer areas in other parts of Nigeria, he said. Some of the same families are now returning home as armed forces from Nigeria, Chad and Cameroon liberate their homes.

On March 7, 2015, five suicide bombers killed 54 and wounded nearly three times as many in the capital city of Maidaguri, where the bishop lives and works.

The Islamist terrorist group has killed 1,000 people across Nigeria in the first three months of 2015, according to Human Rights Watch, which reports that more than 6,000 have died in Boko Haram-led violence since 2009.

In November 2015, the group pledged its allegiance to ISIS – also known as the Islamic State – which launched a bloody campaign in Iraq and Syria during the summer of 2014.

Meanwhile, Bishop Dashe has just completed a “consolation tour” to communities in his diocese, promoting forgiveness and continued faith. He believes he was asked by Jesus to spread devotion to the Rosary in order to aid them as they do so.

Putting the future of Africa in the Hands of Mary

“Maybe that’s why he did it,” said the bishop, referring to Jesus in his vision.

Bishop Dashe said he has a strong devotion to Christ’s mother, and that “I never joke with ‘Mamma Mary.’ I know she is here with us.”

And he is not the only Nigerian bishop putting the future of the country in the hands of Mary. The nation’s bishops’ conference has consecrated the country to her twice in recent years.

Bishop Dashe believes that one day his diocese will completely recover and grow thanks to her intercession.

“These terrorists… think that by burning our churches, burning our structures, they will destroy Christanity. Never,” Bishop Dashe told several hundred people from the dais of the #WeAreN2015 congress.

He later told CNA that “prayer, particularly the prayer of the Rosary, is (what) will deliver us from the claws of this demon, the demon of terrorism. And of course, it is working.” 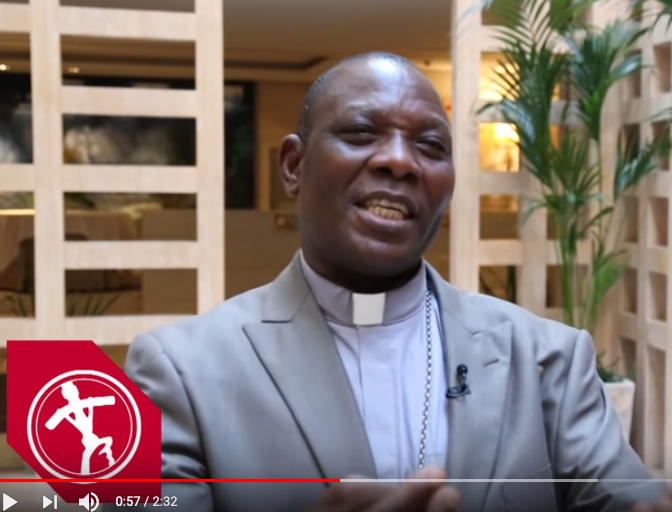