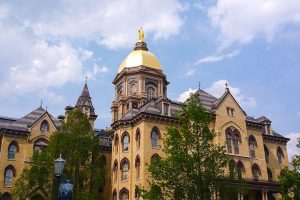 PHILADELPHIA (CNA/EWTN News)—Controversy over a $25 million grant from The Papal Foundation to a Rome hospital at the request of Pope Francis has prompted the foundation to say some claims about the issue are inaccurate, but that it will review its mission and take corrective measures where necessary.

The Philadelphia-based foundation said March 22 that its executive committee and board made “an inadequate effort” to address and correct “the anonymous, inaccurate and misleading information related to the grant request” as well as “unsubstantiated claims that called into question the integrity of the request by the Holy See and of members of the board.” These claims created “confusion and unnecessary division among the membership of the Foundation.”

“This unfortunate chapter, which distracted from the great success of The Papal Foundation to serve the Holy See and the global Catholic Church, also served to highlight the need for a time of serious self-reflection by the Foundation,” the organization said.

The Papal Foundation said it is committed to taking any necessary corrective measures. It pledged to provide members with the facts of the grant and a clear understanding of the foundation’s mission and governance. It also committed itself “to renewing its bond of trust with the Holy See.”

The foundation was not able to respond to questions from CNA by deadline.

Since 1990, the foundation has given over $100 million in service to the Catholic Church, working in union with the Pope “to bring the love of Christ to a world in need.” Grants are made for needs that are particularly significant for the Pope, and often go to Third World institutions and organizations. They typically do not exceed $200,000 per grant.

The foundation is governed by a board of trustees comprised of the eight cardinals residing in the U.S., who serve as ex officio members. They approve the seven bishops and archbishops and nine laypeople who serve as elected members.

In summer 2017 Pope Francis asked Cardinal Donald Wuerl for a $25 million grant through the foundation for the Church-owned hospital Istituto Dermopatico dell’Immacolata, which specializes in researching and treating skin diseases. However, the Holy See has since declined half the grant after objections from some board members. The critics went to the media, resulting in news coverage that questioned the integrity of the hospital and the wisdom of the foundation’s grant-making process.

The board’s audit committee had questioned the $25 million grant and no lay members voted in favor of it, the National Catholic Register reported in February.

Opponents of the grant said due diligence was not followed, citing reports that the hospital leadership had been accused of embezzlement, fraud and bankruptcy. In 2013 a priest who was its chief executive through 2011 was arrested for allegedly taking money from the hospital and running up a massive debt.

Tens of millions of euros had allegedly been diverted from the hospital, while it allegedly evaded taxes on hundreds of millions euros. Financial police said its debt was 845 million euros, the U.K. newspaper The Guardian reported in 2013.

The foundation said it is re-evaluating its mission, its approach to grant-making, and its relationship with the Holy See. These actions are the result of the foundation’s “intensive, six-month review and approval of a special request by the Vatican for assistance with a three-year financial reform plan for the Istituto Dermopatico dell’Immacolata in Rome.”