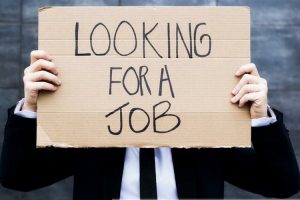 What are Catholic Professionals Doing to Help Those in Job Transition?

In response to an ongoing economic headwind, members of Catholic business clubs and parishes nationwide are reaching out to help those in need of work. Here is a look at what some are doing. —ed.

Record unemployment level affecting all segments of the economy, a Dow Jones Industrial Average that has lost 20% of its value since January 20th 2009, a consumer-based economy that is in wholesale retreat and shows no sign of stabilizing.  What’s it all mean and, more importantly, what does it mean to someone who just lost a job or might be losing it any day?  We can all relate to this anxious moment, either because it has happened to us directly or to someone in our household or family.  Catholics At Work OC, the Orange County chapter of the 14-chapter  (and growing) national Catholic Professional & Business Clubs, decided that now was a time for prayer and action.

Like many other Catholic business clubs nationwide,  formed with the approval of local ordinary Bishop Brown in December 2007, the Orange County Catholic business club holds a monthly program of Mass, breakfast/fellowship and an inspiring speaker.  However, taking its program a step further, the core leadership team worked in conjunction with its chaplain, Fr Chris Heath, and one of its club members, Joan Smith, founder and president of Leadership Consultants International, Inc., to organize a power-packed workshop retreat entitled “Spirituality and Confidence” for those in the diocese of Orange currently experiencing the difficulty of transition in employment. The half-day workshop was held Thursday, March 5, at Our Lady Queen of Angels Annex in Newport Beach and facilitated by Fr. Heath and Ms. Smith.

Judging from the turnout, this program has touched a need in a County which is experiencing its highest unemployment rate since 1992.  Nearly 50 individuals from parishes throughout the diocese attended the event.  The four-hour program included an introductory talk by Fr Heath who then retired to the retreat center’s kitchen to hear individual confession while Ms. Smith continued with the program in general assembly.

Ms. Smith, who holds a masters degree in Sociology and has trained and coached more than 250,000 corporate leaders ranging from Fortune 500s to individual entrepreneurs, helped participants understand what is happening, that they are not alone and most importantly how to tap into the tools they already possess to address the change in their employment circumstances.  The summit of the event was the celebration of the Eucharist.  This teaming of Sacrament and individual assessment work was particularly effective for the participants.

“Hope was the one-word theme for the day,” noted Ms. Smith, “based on participant feedback after the workshop was completed.”   Not surprising, especially considering the Mass readings for the day, which included Psalm 138;  “Lord, on the day I called for help, you answered me.”

Based on the strong turnout and even stronger participant feedback as to the value of this retreat/workshop, Catholics At Work OC held two additional sessions during the month of April (April 20 and April 23). For more information about Catholics at Work OC go to  www.CatholicsatWorkOC.com

In Other Parts of the Country

CHICAGO:   Linda Weaver, a Chicago-based attorney at CNA Insurance Company and corporate counsel, Weaver Boos Consultants, Inc., used her organization and networking expertise to help others. She gave a talk on Leadership Day for the Archdiocese of Chicago entitled “1st Century Stewardship for the 21st Century.”  Nestled in the talk, Ms. Weaver spoke about business networking.

“Having been Chair of Networking for the Notre Dame Club of Chicago for six years,” explained Ms. Weaver, “I’ve had significant experience with organizing these types of events and the benefits to be derived.”

She continues:  “Additionally, on one of my web sites, I posted a handout with ideas to help parishioners in these tough economic times. It also talks about how to brainstorm with lay leaders of a parish regarding how to set up business networking events.”  Here’s a link to that handout:

http://www.spiritnetworking.com/Mail.html. Chose the “Long Handout.” Scroll down a few pages.

In a presentation of the brainstorming exercise at the Chicago Institute for Evangelization, I divided up the attendees into groups to see what they would come up with. They came up with some creative things. One group suggested holding a one-hour meeting that started about 5:30 pm, held in a meeting room of a local restaurant. During the meeting, the restaurant could fix “to go” dinners that participants would order ahead of time so that after the meeting they could take home a hot meal to their families for a 7:00 dinner.

A tip on brainstorming: the first rule is get out all ideas and do not judge them at the time. NO NEGATIVITY! We can always think of why something might not work. Instead, focus on what might work. Get out the universe of ideas and then pick those that best fit your particular parish needs. Genuinely listen to what the people need and build on that.

Lastly, Ms. Weaver is spearheading an effort to encourage Notre Dame alumni clubs to reach out locally to help those in job transition. She says the response is positive and growing.  The Chicago-based alumni club and the university’s alumni association are already planning events and other opportunities to network.

VISALIA, CA:  Katherine Andes, an online SEO copywriter at Andew & Associates lives in a rural community where local dairy men are being ruined by the decline of milk prices. One of these dairy workers recently held a men’s retreat that attracted a lot of response and interest.

CHICAGO AREA:  Terry Thompson, CEO of TTE Transcripts Worldwide, Ltd., says that her parish launched a Job Ministry program that puts people together to help each other.  Those volunteers who come from the field of Human Resources (HR) meet with those who need help improving their interview skills and resume writing. Others, from the financial field, for example, help those who need financial assistance or guidance. “It’s just getting started,” says Ms. Thompson.  “but I think it is a really good idea for people in the area.  It’s nice to know there are others out there who care!”

KANSAS CITY, MO:  Michael Bone, Global Operations Manager of Finance at SPX Cooling Technologies, explains that his 3,500-family parish in the suburbs also offers a job ministry that is pretty sizable and is not limited to Catholics.  “It’s essentially a networking ministry,” explains Mr. Bone, “and offers some career advice and skill development.”

GREATER SAN FRANCISO BAY AREA:  Sue Connelly, a public relations professional launched a Keep In Touch (KIT) list among colleagues seven years ago when a series of layoffs affected some of her friends.  The list grew over the years to include more than 60,000 subscribers who receive weekly or daily job listings, mostly but not exclusively in the San Francisco Bay Area region. For more information go to: www.KITList.org

OAKLAND, CA:  Tom Loarie, a Catholic Business Journal columnist and CEO and Chairman of Mercador MedSystem, Inc., worked with fellow parishioners to launch a parish-based SING (St. Isidore’s Networking Group) job and career networking group several years ago during another time of layoffs and down-sizing.  The group quickly grew and swelled, and then as the market improved it became unnecessary.  It relaunched several months ago and has expanded to other parishes. For more information go to www.singtalent.org

Please share other ideas and experiences in the Comments section below.