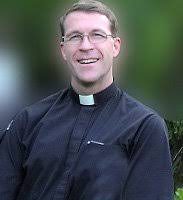 Rev. Thomas J. Euteneuer (pictured above), president of Human Life International, recently posted a powerful letter regarding the early morning, September 11, cold-blooded murder of James Pouillon, an elderly Michigan-area pro-life supporter who was gunned down in front of Owosso High School while protesting abortion with a large sign depicting a baby and the word “Life.” The victim was described by friends and acquaintences alike as, “a selfless, soft-spoken, kind-hearted man.  All who knew him, knew this.”  Here is Fr. Euteneuer’s letter. — ed.

This is really the only title that adequately describes the murderous movement known as “pro-choice” or “pro-abortion.” It is now frightening, thought not at all surprising, how absolutely hardened and inhumane our culture has become because of this satanic force that has grown strong through 36 years of wholesale murder of God’s precious innocents. The pro-choice movement has made murder just a casual pastime now, part of the general round of things that the news reports routinely. Yet, how surprised should we be at this when we stand back and see the unclean spirit that is behind the movement whose sole motivation is death? The fruits of this movement are universally demonic: a callous disregard for the sanctity of life, the insane promotion of death through lies, distortions and hate-filled propaganda. The nastiness of this movement is no longer able to be contained.

If this were not evident prior to last Friday, then the killing of pro-life activist Jim Pouillon in Michigan on the eighth anniversary of 9-11 should make it clear. Literally every major pro-life organization condemned in categorical terms the killing of abortionist George Tiller immediately as it happened this summer, but we are still waiting to hear an outright condemnation of Pouillon’s murder from Planned Parenthood or the National Organization for Women and other organizations that profit from and justify baby-killing. NARAL issued a pathetic “condemnation” which refused to recognize the anti-life motivation for this killing. After all, lies and killing are the business of these organizations: at six weeks, sixteen weeks or sixty-two years in Jim’s case, they have no regard for the protection of the innocent if it does not support their anti-life agenda.

The summit of viciousness had to come, however, from the media, the propaganda mouthpiece for the killing industry. A local paper, The Flint Journal, published within 24 hours the entire legal record of the victim, including dismissed misdemeanors and traffic violations. Outside of the fact that this man was arrested and penalized numerous times precisely for his pro-life activism, have we ever heard of such a diabolic mockery of an innocent man’s death? As far as I am concerned, Jim Pouillon will be granted a chance to stand up and testify against the editors of The Flint Journal on the day of their judgment. He will convict them of every vicious word. Woe to those journalists of iniquity! Their names will be blotted out of the Book of Life because they are sadistic enemies of life.

The evidence of pro-abortion viciousness is all around us for those who have eyes to see. HLI has documented thousands of cases of abortion violence and published the information on a special website (www.abortionviolence.com). It should convince any reader that the pro-death movement is the most violent and hateful social movement ever known to man, without exception.

Don’t forget the social impact of decades of “pro-choice” rhetoric either. If you think it has not had any effect on our youth culture, take a look at a smattering of the comments that appeared the day of the shooting on the NBC 25 (Mid-Michigan) news comment section. The few that I have published below show only a fraction of the hate. That is all I have the stomach to write today. We will pray for the dear pro-life martyr, Jim Pouillon, who literally gave his life for babies; but more than anything, let us pray for these vicious enemies of life who will have a great deal to answer for when they are judged by a more severe force of Justice than the internet.

In sum, although these are just a sampling of the reactions of some anti-life Americans, we can be assured that the vicious spirit runs deep in our country. As people of faith it is our responsibility to get on our knees and pray that God will cleanse our national conscience of this evil and restore our nation to a culture of life.