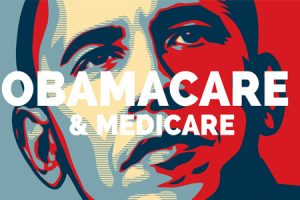 Today’s bill passed on strict partisan lines with the exception of Senator Olympia Snowe (R-Maine), a Senate Finance Committee who refused to promise further pro-healthcare plan votes in the future.  The current bill does not include Mr. Obama’s government-run healthcare proposal, but it is an integral component to its inclusion.

With the Senate requiring more than a 2/3 vote to approve the bill, and the current Senate mix comprised of 60 Democrats and 40 Republicans, Senator Snowe’s cross-over vote was, and will be, critical to the Democrats’ charge to create a government-run healthcare system in the U.S.
Of consistently expressed public concern to Catholic Bishops, Catholic and pro-life physicians and healthcare workers, and Catholic taxpayers are issues in the proposed and passed healthcare bills which relate to abortion, contraceptives and the inclusion of a conscience clause.

Additional Catholic concerns relate to the compromised or inhibited exercise of the principle of subsidiarity, whereby the person or entity closest to a situation or problem is the best one to resolve it. Further concerns include the nearly $900 million estimated initial price tag, the curtailing or elimination of existing healthcare options, and the ultimate curtailing of freedoms guaranteed in the U.S. Constitution.

According to Reuter’s, the latest Senate Finance Committee healthcare bill will follow expected subsequent steps outlined below as it works its way, with others, through both houses of the Congress:

For more information on the latest development in establishing a U.S. nationalized healthcare system, please find some interesting articles below: