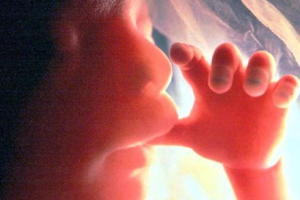 By Kevin J. Jones and others

CNA, CBJ—An expansive abortion bill that would have declared abortion “a human right,” rendered null any state pro-life laws, and forced all doctors to perform abortions, again failed to pass the U.S. Senate on Wednesday, May 10.

The misnamed Women’s Health Protection Act failed 49-51 by a largely party line vote, with U.S. Sen. Joe Manchin, D-W. Va., voting against the bill. An almost identical version of the bill failed in a February vote by an identical margin.

“More than 60 million unborn children have already lost their lives to abortion, and countless women suffer from the physical and emotional trauma of abortion. This radical bill would add millions more to that tragic toll.”  (story continues below content sponsor)

They underscored that the proposed legislation was “an utterly unjust and extreme measure that would impose abortion on demand nationwide at any stage of pregnancy through federal statute.”

“We are relieved that the Senate vote to advance this bill failed for the second time in less than three months,” they added.

While backers claimed the bill would have “simply” codified Supreme Court abortion precedent, in fact it would go far beyond and threatened existing laws which limit abortion.

As Lori and Dolan put it: “It would invalidate widely supported laws that protect women and unborn children from an unscrupulous abortion industry, would force all Americans to support abortion here and abroad with their tax dollars, and seeks to force religious hospitals and health care professionals to perform abortions against their beliefs.”

U.S. President Joe Biden, a professed Catholic who was once publicly critical of legal abortion, blamed Senate Republicans for blocking the bill. His statement claimed that “fundamental rights are at risk at the Supreme Court.”

“This failure to act comes at a time when women’s constitutional rights are under unprecedented attack – and it runs counter to the will of the majority of American people,” he said.

But surveys show the opposite.

While surveys indicate that many Americans support the Roe v. Wade decision, they simultaneously support limits on abortion that are not currently allowed.

Thirteen Catholic Senators, including Sen. Bob Casey, Jr., D-Penn., voted in favor of the radical abortion bill, and Biden expressed eagerness to sign it into law .

Kristen Day, executive director of Democrats for Life of America, said the legislation was “extreme” and “goes further than Roe.”

“I am confounded as to why the Democratic Party is pushing a bill that will allow an industry to avoid any governmental oversight and operate freely without health and safety protocols,” said Day, whose organization also emphasizes the need for government support for pregnant women and mothers.

“[Senate Majority Leader] Schumer wanted to put Senators on record and he may not like the outcome this fall,” Day said. “A vote against abortion extremism will bring voters to the polls–particularly in the states like Ohio, Georgia and Arizona that are toss-ups.”

Though Manchin voted against the bill, he also made statements indicating he is in favor of codifying Roe.

“I’ve just thought this legislation we’ve had for 50 years… It’s precedent and law,” he said, according to CNN correspondent Manu Raju. Manchin nonetheless rejected the Women’s Health Act as an “expansion,” not a “codification” of Roe v. Wade.

“As a nation built on the recognition that every human being is endowed by its Creator with the unalienable rights to life, liberty, and the pursuit of happiness, we implore Congress to stop pushing abortion as a solution to the needs of women and young girls, and instead embrace public policy that fully respects and facilitates these rights and the needs of both mother and child,” the bishops said.