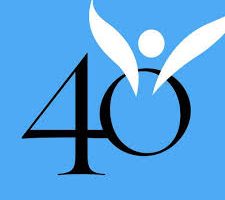 Invitation for Catholic Business Professionals: Will You Participate in Nationwide 40 Days of Prayer and Fasting for Life?

There’s something more powerful than political rhetoric blowing across the nation these days, and it may just have a greater impact on our culture than one might at first imagine. What is it?

Simple, strategic, committed prayer, organized by local citizens in more than 170 locations, in 45 states — from Alabama and Massachusetts, throughout the East, South and Midwest, to California, the Northwest, Alaska, Hawaii, and locations in American Samoa and Canada.

This unprecedented, well-organized prayer campaign, called “40 Days for Life” (www.40daysforLife.org),  launched on Wednesday,  September 24, and will end an intentional 40 days later, on the Sunday prior to the U.S. national election.

A clear and focused mission

The mission of the 40 Days for Life campaign is “to bring together the body of Christ in a spirit of unity during a focused 40-day campaign of prayer, fasting, and peaceful activism, with the purpose of repentance, to seek God’s favor to turn hearts and minds from a culture of death to a culture of life, thus bringing an end to abortion in America.”

Forty days were chosen as the intense time period for fasting, prayer and peaceful vigils in front of more than 170 designated abortion clinics in order to echo the number 40 recorded throughout Holy Scriptures as the time period used by God for repentance, transformation and preparing people for executing his work — from Noah, to Moses, to Christ’s fasting and desert retreat before he began his preaching ministry, to the Apostles after the Cruxifixion.

Prior results David Bereit, national campaign director of the 40 Days says that two previous campaigns, much smaller in participation size,  resulted in two abortion facilities closing,   more than 514 babies saved from being aborted, and five abortion clinic workers leaving the industry specifically because of the peaceful prayers outside their clinics for 40 days.

“Despite the increasingly shrill rhetoric of the abortion industry, the simple truth is that business is off,” says Bereit. “Abortion numbers have dropped so significantly that several states are now down to only one or two remaining abortion centers,” he said. “This fall’s 40 Days for Life campaign presents a great opportunity to finish the life-saving work in these states, creating abortion-free zones and encouraging other states to follow suit.”

“The most important result we hope for is that each of us who are involved grow in holiness during the campaign. That is more important than any immediate result,” adds Bereit, in an interview with Zenit news. “…we want our nation to turn back to God, and that is going to start through each one of us. It will begin through our faithfulness, through our personal growth in holiness. Personally, I have never had the degree of spiritual growth like I experienced during my first 40 Days for Life. “

In the same interview, Bereit underscores that the number of participants in this year’s campaign far exceeds previous campaigns and they exhibit a level of passion and commitment to restoring a culture of life that is unlike any he has seen before.

“This is the year, 2008, when the death toll from abortion has crossed the 50 million mark.  This is the year when the abortion provider Planned Parenthood crossed the billion dollar mark in revenues, over $336 million of that coming from American taxpayers,” Bereit points out. “After 35 years, if abortion were a good thing, it would be settled in the minds of the people.  But …abortion has not been a good thing.  It has not done any good for women, and it has certainly been destructive to the lives of the 50 million children that have been lost.”

“There is no more important time in our nation’s history than right now,” Bereit emphasizes, “for people to pray, to fast, and to put their faith into action.  We will be able to do big, big things because we have a big, big God who can do all things.”

Ora et Labora — prayer and action — are our most powerful tools in the battle against the abortion culture. The 40 Days for Life program combines the two beautifully, with the potential of bringing down the culture of death,” notes Joe Scheidler, national director of the Pro-Life Action League

“Compassionate, dedicated pro-life Christians praying fervently for 40 days and 40 nights, 24 hours a day, at the very places where abortions are performed, is an ardent call for God to work miracles as He pleases….I believe it is absolutely necessary for ultimate victory over the evil of abortion, and I believe the time is right.”

“Abortion will end when local communities say it will end — no sooner, and no later,” explains Fr. Frank Pavone, national director of Priests for Life and pastoral director of Silent No More Awareness Campaign and Rachel’s Vineyard Ministries.  “We have the power to stop abortion, even while it remains legal.”

“Now is the time to mobilize, sustained by prayer,” Fr. Pavone continues,  “Women and men who have lost children to abortion need to hear the witness of others who have experienced that pain and have found healing. 40 Days for Life is an opportunity for a local community to hear that witness. “

Norma McCorvey, the former “Roe” of the landmark Roe v. Wade Supreme Court case,  who made national headlines more than 10 years ago when she denounced her stand on abortion, and who is now president of Crossing Over Ministries,  echoed others saying,  “I hope and I pray deep in my heart that you will join us in this 40 days of prayer and fasting and help us overturn Roe v. Wade, because we didn’t have a choice in the beginning with the Supreme Court justices — they decided it for us.”

Anyone can participate in this campaign.  The core components are simple:  (1) commit to daily fasting and prayer from now through election day, with the intention of ending abortion in this country and reversing the culture of death into a culture of Life,  and (2) participate in a prayer vigil at a designated abortion clinic if you are able to do so.  Just go to the website www.40daysforlife.org.

More things are wrought through prayer…

Imagine the impact if Catholic business professionals nationwide —without fanfare, but simply and humbly— joined in this nationwide prayer effort,and help spread the word through our actions!  We at the Catholic Business Journal are participating. As Lord Alfred Tennyson summed up so well years ago,  and as Fr. Patrick Peyton echoed in his Rosary crusades of a few decades ago:  “More things are wrought through prayer than this world dreams of.”

“Years from now in the history books,” says Bereit, “there is going to be a chapter about abortion, and about how this great injustice ultimately ended. As with every great injustice, such as segregation or slavery, or any other injustice in America and throughout the world, all of them eventually fell or will fall.

“Abortion will eventually fall. When it does, and when the history books are written, our children and our grandchildren are going to be reading about how abortion ended. “I believe that they are going to be reading about the year 2008,“ continues Bereit, “and how this year was the beginning of the end of abortion. We will have to answer to them what we did or did not do during this crucial time in American history.

“It is the legacy that we are going to be known for. People will look back at us and will measure us by how we met this great evil, this great injustice. Abortion will be in the history books. The question is what role will we have played in bringing it down? That’s the message I really want to get across to people.

“Ultimately of course, “ concludes Bereit, “we live with the desire that when we each arrive in our heavenly home, we want to eventually hear those words, “Well done, good and faithful servant.” For more information, go to www.40daysforlife.com.