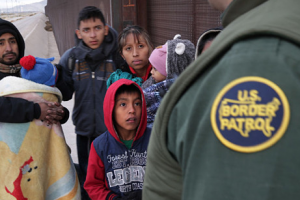 While not all opinions expressed in an opinion piece necessarily reflect our own, Catholic Business Journal staff believes the article below makes important distinctions and candid observations that expose the reality vs the popular rhetoric of key social issues of our day. As such, we feel it is worth the time to savor… -CBJ ed.

Crisis—Some time ago I argued in a magazine column that liberalism has developed in recent decades from a rigidly secular political philosophy into a this-worldly religion with its own more or less developed though unsystematic dogma based on faith and a reciprocal concept of heresy, its own unwritten creed and sacramental system, a loose rhetorical liturgy that includes ritual, prayer, spiritual exercises, principles of daily “ethical”  conduct, a penitential rite for public as well as private observation, a belief in sainthood and in the worship of saints, and a set of opposed angelic and demoniacal hierarchies.

In some instances, the liberal religion inverts the structure of Christian belief, morality, and worship, partly because it developed from Christianity and from pre-Christian natural religion based upon the recognition of natural rights. More often, though, it is its antithesis. Abortion, for instance, has become a liberal sacrament to which women are encouraged by other liberals (usually also women) to resort. All religions believe in the necessity for their adherents to strive toward moral perfection, whatever their criteria for perfection might be, and the liberal religion is no exception to the rule. A year after the column appeared, the growing national emergency on the Southwest border refocused my attention on the subject.

What liberals have euphemistically called “immigration” for the past 40 years is far more accurately described as a process of slow invasion, whose relative quietness ought not to be mistaken for peaceableness. Armed and violent or not (and many illegal border crossers, though of course not the majority of them, have been both armed and… Read More>>