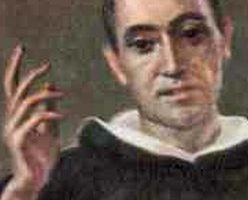 Saints “Go Against the Flow”

Have you ever wondered what it takes to be a saint?  Yes, following whatever Our Lord invites us to embrace, of course.  But doesn’t it often seem like the most reasonable course of action, especially in controversial situations, is the “middle road?”  But, who defines the “middle”—is it culture? peers? media? Pope Benedict XVI culls from Sunday’s Gospel and the lives of five newly canonized saints to show us that “center” might be comfortable, but it is not the stuff of saints. —ed.

VATICAN CITY, OCT. 11, 2009 (Zenit.org)—A saint is one who doesn’t put themselves at the center, but rather chooses to go against the grain and live according to the Gospel, says Benedict XVI. The Pope said this today during the canonization Mass of five blessed — a bishop, two priests, a religious brother and a religious sister — held in St. Peter’s Basilica. Among the five canonized was Father Damien De Veuster, the first Hawaiian saint.

The Pontiff began the homily by asking the question posed to Christ by a rich young man in Sunday’s Gospel: “What must I do to inherit eternal life?” “The Divine Master looks at him with love,” the Holy Father continues, “and proposes the qualitative leap, he calls him to the heroism of sanctity, he asks him to abandon everything and follow him: ‘Sell what you own and give the money to the poor…then come, follow me!'”

“This is the Christian vocation that flows from a proposal of love by the Lord, and that can be realized only thanks to our loving reply,” he said. “Jesus invites his disciples to the total giving of their lives, without calculation or personal gain, with unfailing trust in God. “The saints welcome this demanding invitation and set about following the crucified and risen Christ with humble docility. Their perfection, in the logic of a faith that is humanly incomprehensible at times, consists in no longer placing themselves at the center, but choosing to go against the flow and live according to the Gospel.” Benedict XVI then commented on each one of the new saints.

A request had been made at the beginning of Mass that the faithful refrain from applauding after he read the name of each saint. Archbishop Zygmunt Szsczęsny Felińsk (1822-1895), archbishop of Warsaw and founder of the Congregation of the Franciscan Sisters of the Family of Mary, “was a great witness of faith and pastoral charity in very difficult times for the nation and for the Church in Poland,” said Benedict XVI.

“As the Archbishop of Warsaw, he encouraged everyone towards an interior renewal,” the Pope continued. “Prior to the insurrection of January 1863 against the Russian annexation, he warned the people against the futile shedding of blood. “However, when the uprising occurred and was put down, he courageously defended the oppressed. Under the rule of the Russian Czar he spent 20 years in exile in Jaroslavl in Siberia, without being able to ever return to his diocese.”

“Today may his dedication to God and to men, full of trust and of love, become a shining example for all the Church,” the Holy Father added.

The Pope said Spanish Dominican Father Francisco Coll (1812-1875) (pictured above), founder of the Congregation of the Dominican Sisters of the Annunciation of the Blessed Virgin Mary, “eagerly dedicated himself to [the] proclamation [of the Gospel], faithfully accomplishing his vocation in the Order of Preachers, in which he worked.” Francis Coll “reached the hearts of others because he transmitted what he himself lived with passion, that which burned in his heart: the love of Christ, his devotion to Him.”

Jozef De Veuster (1840-1889), of the Congregation of the Sacred Hearts of Jesus and Mary, “left his home in Flanders to proclaim the Gospel on the other side of the world, the Hawaiian Islands,” the Pontiff recounted.

“His missionary activity, which gave him so much joy, reaches its summit in charity. “Not without fear and repugnance, he chose to go to the Island of Molokai to serve the lepers who were there, abandoned by all; thus he exposed himself to the disease they suffered from. He felt at home with them. The Servant of the Word thus became a suffering servant, a leper with lepers, during the last four years of his life.” “We recall, faced with this noble figure, that charity makes unity,” Benedict XVI continued.

“It gives birth to it and makes it desirable. In following St. Paul, St. Damien leads us to choose the good battle, not those that lead to division, but those that gather together. “He invites us to open our eyes to the lepers that disfigure the humanity of our brothers and today still calls, more than for our generosity, for the charity of our serving presence.”

Brother Rafael Arnáiz (1911-1938), who was 27 when he died as an oblate of the Trappists of Saint Isidore de Duenas, “was from a well-to-do family, as he said himself, with a ‘slightly dreamy spirit.'” “He said yes to the proposal to follow Jesus, in an immediate and decisive way, without limits or conditions,” the Pope continued.

“Thus he set out on his path, which from the moment in the monastery when he realized that he ‘did not know how to pray,’ led him in just a few years to the summit of spiritual life, where he describes with great simplicity and naturalness in many writings.

“Brother Rafael, still close to us, continues to offer, through his example and his works, a fascinating journey, especially for young persons who are not satisfied easily, but who aspire to the full truth, the most inexpressible joy, reached for the love of God.”

Blessed Marie de la Croix Jugan (1792-1879, founder of the Congregation of the Little Sisters of the Poor, is “like a beacon to guide our societies which must always rediscover the place and unique contribution of this period of life,” the Pope said. “Jeanne lived the mystery of love by peacefully accepting darkness and divesting herself of all material possessions until her death,” he continued.

“Her charism is always relevant, while so many aged persons suffer different types of poverty and solitude, sometimes even abandoned by their families. “The spirit of hospitality and fraternal love, founded on limitless trust in Providence, which Jeanne Jugan drew from the Beatitudes, illuminated her whole existence.”

“Let us give thanks to the Lord for the gift of sanctity that today shines in the Church with a singular beauty,” the Pontiff concluded. “While I salute each of you affectionately […] I would like to invite all of you to let yourselves be drawn by the shining example of these saints, to allow yourselves to be guided by their teachings, so that our whole existence can become a hymn of praise to the love of God.”