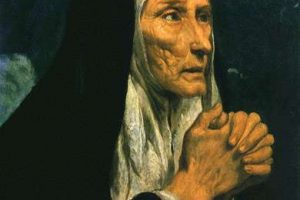 Saintly Examples for the Laity

Recently, Pope Benedict XVI gave a particularly poignant address regarding our obligations as Christian laity to the crowd who had joined to praythe midday Angelus at the papal summer residence, Castel Gandolfo, Italy.

Here is a translation from ZENIT:

“Intimately Connected and Mutually Illuminate Each Other”

[At the end of Auguest], we celebrated the liturgical memorial of St. Monica, mother of St. Augustine. She is considered the model and patroness of Christian mothers. Her son furnishes us with information about her in his autobiographical book, “The Confessions,” a masterpiece and among the most read books of all time.

Here we see that Augustine drinks in the name of Jesus with his mother’s milk, and was educated by her in the Christian religion, whose principles would remain with him even in the years when he had hit bottom spiritually and morally. Monica never ceases to pray for him and for his conversion, and had the consolation of seeing him return to the faith and receive baptism.

God heard the prayers of this saintly mother, to whom the Bishop of Tagaste had said: “It is impossible that the son of so many tears will be lost.” In fact, Augustine not only converted, but decided to embrace the monastic life and, returning to Africa, found a community of monks. The last conversations between him and his mother at a house in Ostia, while he was waiting to embark for Africa, are moving and edifying.

By this time St. Monica had become for this son of hers “more than a mother, the source of his Christianity.” For years her only desire had been Augustine’s conversion, whom she now indeed saw oriented toward a life of consecration to the service of God. She could thus die content, and in fact she passed away on Aug. 27, 387, at 56, after having asked her children not to be too concerned about where to bury her, but to remember her at the altar of the Lord wherever they found themselves. St. Augustine repeated that his mother “gave birth to him twice.”

The history of Christianity is spangled with the countless examples of saints and authentic Christian families, who accompanied the life of generous priests and pastors of the Church. One thinks of St. Basil the Great and St. Gregory Nazianzen, both from families of saints. We think — much closer to us — of Luigi Beltrame Quattrocchi and Maria Corsini, a married couple, who lived between the end of the 19th century and the middle of the 20th, and who were beatified by my venerable predecessor John Paul II in October of 2001, on the occasion of the 20th anniversary of the apostolic exhortation “Familiaris Consortio.”

This document, besides illustrating the value of matrimony and the tasks of the family, calls the spouses to a special commitment on the path to sanctity that, drawing grace and strength from the sacrament of marriage, accompanies them their whole life (cf. No. 56). When the husband and wife generously dedicate themselves to the education of their children, guiding and orienting them in the discovery of God’s design of life, they are preparing that fertile spiritual soil from which vocations to the priesthood and the consecrated life grow and mature.

In this way one sees how matrimony and virginity are intimately connected and mutually illuminate each other, beginning with their common rootedness in Christ’s spousal love. Dear brothers and sisters, in this Year for Priests, we pray that, “through the intercession of the holy Curé d’Ars, Christian families become little churches, in which all the Christian vocations and all charisms, given by the Holy Spirit, can be welcomed and valued” (from the Prayer for the Year for Priests). May the Holy Virgin, whom we now invoke together, obtain this grace for us.