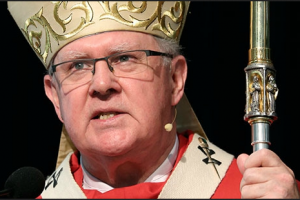 The Catholic Leader—BRISBANE Archbishop Mark Coleridge has joined church leaders from around the world condemning the killing of three people in southern France – hacked to death in Nice’s Notre Dame Basilica while preparing for morning Mass.

“Violence in the name of God is the ultimate contradiction and is utterly abhorrent, whatever historic injustices are invoked to justify it,” Archbishop Coleridge, who is president of the Australian Catholic Bishops Conference, said.

“What we have seen in Nice can come only from hell, not from heaven.”

Pope Francis sent a tweet expressing closeness to the people of Nice.

“I pray for the victims, for their families and for the beloved French people, that they may respond to evil with good,” it said.

Archbishop Coleridge also offered prayers for the people of France, “who yet again have seen blood shed in this way, asking God to heal the wounds, banish the spirit of vengeance and lead the nation into a future where difference can enrich, not destroy.

According to French media, the victims included a 70-year-old woman whose body was found by police “almost beheaded” beside a holy water font.

A 45-year-old sacristan, Vincent Loques, a father of two daughters, was found dead in the basilica.

A second woman, described as African in origin and in her 30s, fled the church after she was stabbed, but died in the … read on>>