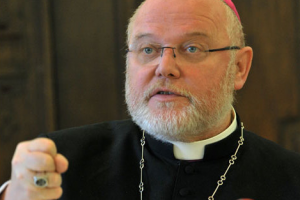 LifeSite News—Cardinal Reinhard Marx, the President of the German Bishops’ Conference, has given a new interview in which he shows himself for the first time to be more openly in favor of married priests in light of the upcoming Amazon Synod. This interview comes together with the news that Pope Francis appointed him to participate in the October 6-27 Pan-Amazon Synod.

LifeSiteNews was able to confirm with the press speaker of the German bishops, Matthias Kopp, that this piece of news is correct. However, Kopp could not give an explanation why Marx was chosen, since he does not stem from the Amazon region.

A German Cardinal at the Pan-Amazon Synod?

So far, the Secretariat of the Synod of Bishops has said that mostly bishops from the Amazon region will participate at the Amazon Synod, together with some representatives of the Roman Curia. As the Rome Correspondent Edward Pentin reported in June 2019, the Amazon Synod “will comprise all the bishops from the vast region that encompasses Bolivia, Brazil, Ecuador, Peru, Colombia, Venezuela, French Guyana, Guyana and Surinam, along with experts, heads of relevant Curial departments and several papal appointees.”

Cardinal Marx told the national newspaper Frankfurter Allgemeine Sonntagszeitung that he could “well picture that one can come to the conclusion that it is good to admit married priests in certain regions, under certain conditions.”

Priestly celibacy is going to be discussed in Germany, as well, concurrently with the Amazon Synod in Rome. The German bishops decided in March 2019 to start a “binding synodal path” that was to question priestly celibacy, the Church’s teaching on sexuality, and the role of women.

“It is not about celibacy alone,” Marx said in the new interview, “but about the future of the priestly form of living.” For him, it is important to see “whether and how celibacy is being lived in such a manner that…gives a positive sign and that it does not damage priests in their lives.”

He spoke these words also in light of the… Read more>>