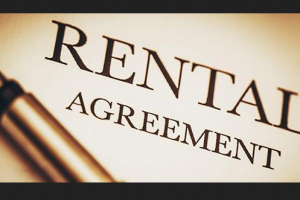 A proposed piece of legislation (SB 939)—currently gathering momentum to be pushed through the California state legislature at breakneck speed in the name of COVID-19—would add a Section to the Civil Code relating to commercial tenant evictions, “declaring the urgency thereof, to take effect immediately.”

But it is far from innocent.

Essentially, it forces the State of California to favor one business over another—commercial tenant over landlord.

According to the International Council of Shopping Centers (ICSC), SB 939 “clearly violates the Contracts Clause of the U.S. Constitution and fails the basics of the Blaisdell Test that any court will apply to this legislation.”

To be more specific, this bill would do the following:

Additionally, ICSC states, “the proposed SB 939 is too broad, poorly written and confusing, does not balance the needs of both parties, is not a reasonable solution, and would prolong the economic pain it purports to address.

Eliminates worries of commercial tenants, Dumps them on property owners

As local CBS news station KPIX framed the issue: “Restaurants, bars, and cafes across California may soon be able to renegotiate their rents due to the coronavirus pandemic, under a proposal being considered in the legislature.”

The proposed amendment, the news continued, would prohibit commercial landlords from evicting businesses and non-profits during the pandemic.

Under the proposed legislation, establishments would be able to renegotiate their lease if they’ve lost 40 percent of revenue due to COVID-19 restrictions and operate with reduced capacity due to social distancing.

Tenants would also be able to terminate the lease without penalty if an agreement can’t be reached with their landlord, explains KPIX reporters.

“We cannot stand by while these hospitality businesses shut down around the state because their business models no longer sustain the rent they are legally obligated to pay,” Wiener said in a statement.

The bill’s author continues: “These amendments will provide stronger protections and more options for our businesses and nonprofits to help them get through the COVID-19 pandemic, which is impacting them so deeply at no fault of their own.”

As nifty as this sounds during an economic crisis, that’s not justice for all.

in truth, it’s not justice at all!

Catholic Business Journal asks:  What about the landlord, the property OWNER?!

Justice is often depicted as a scale in balance.  There are two sides to the scale.  In this case those two sides are commercial tenant and commercial owner.

The property owner has rights too!

For there to be true justice the genuine needs of both sides must be met, even in a pandemic that increasingly seems to be used by too many elected officials at the state and local levels of government to justify a mind-numbing array of new rules and regulations that are likely to remain long after the fear-fueling is over.

This includes rules and regulations about business transactions such as tenant-landlord rental agreements.

Usury (the practice of charging an exorbitantly high interest rate on borrowed money) is wrong.  It’s wrong regardless of whether or not you are a Catholic.  And it’s especially grievous if you’re a Catholic.

That said, it’s NOT wrong to make a profit on what you sell or rent.

In fact, it is important for an owner to earn a healthy profit, whether that owner is the owner of a business renting a commercial space or the owner of the commercial building being rented.

Both sides—commercial tenant and commercial property owner—make a lot of jobs happen for the community….and they both pay a lot of taxes.

While we often hear in the news the importance of helping struggling renters and businesses, it would be a grave error to ignore the equally important needs of property owner.

Keep in mind:  A responsible landlord and property owner is obliged to pay his or her mortgage on time so that the tenants can continue their businesses without disruption.

The property owner is also obliged to keep up and maintain the rental property, provide tenants with a reasonably decent commercial or private space, pay various liability insurance and other bills, AND to make a profit for his own livelihood above and beyond all these payment obligations.

After all, if the landlord can’t maintain his/her commercial rental property, there’s one less place for commercial business tenants to rent!

Two sides must be addressed for true justice.

We hear a lot today about “the preferential option for the poor.”  It’s a very real and very important component of Catholic social teaching.

But but it is often used out of context.  It isn’t everything.  It isn’t an isolated principle.

Every principle of Catholic Social Teaching revolves around one central principle of our Catholic faith:  The Dignity of the Human Person.

All Justice is rooted in the dignity of the human person. Our dignity comes from God and not from human accomplishments or attributes.

There are other principles of Catholic social teaching that include the Common Good and Community, Principle of Subsidiarity, Stewardship, Economic Justice and more.

The Catholic Business Journal will discuss these in greater depth, with examples, in future articles, but for now, regarding the issue of landlords and tenants, one thing is important to put the proposed California legislation in perspective.

The Dignity of the Human Person applies to BOTH the tenant AND the landlord.  And, disturbingly, this is not the case with California senate bill SB939.

Senate Bill 939 is set to be heard in committee later this month.

If you live in California, consider below, set-up by the ICSC:

State Sen. Wiener (D-San Francisco) is proposing a bill (SB–939) that upends basic commercial leasing relationships. This bill is unnecessarily expansive and acts as “taking” of property without compensation. It essentially halts property owners from exercising contractual rights with tenants. ICSC understands this bill will be considered at the committee level in the very near future and asks that you send in your opposition TODAY. Please take a moment to send Sen. Wiener and his colleagues a note opposing this bill.

Click here NOW to send an email to your California Legislators