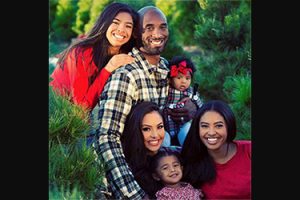 Kobe and Shaq, Magic Johnson, Coach Phil Jackson, Three-Peat Lakers, and the great Michael Jordan (of the Bulls).  When I think of pro basketball, those names come to mind. Every time.  If I think a little more, LeBron James, sometimes Steph Curry and sometimes the older names of Wilt Chamberlain and Kareem Abdul-Jabbar.

That said, yesterday I watched much of the public memorial at Staples Center for Kobe Bryant, Gigi and the other seven passengers of the ill-fated helicopter jaunt to one of Gigi’s Mamba Academy practice games, for which Kobe was coach.

I found it inspiring and insightful into the world and pressures of pro-sports.  From the mosaic presented by good friends and video clips of Kobe’s life and passions, almost all of it could be applied to me personally, to anyone’s personal challenges, to business, to anyone striving to live their best life.

Our daily habits will be our strongest legacy

Nothing at the Memorial showcased Kobe’s strong Catholic faith, nor even that he and Gigi made the time to attend early morning Sunday Mass before boarding the helicopter. But what was presented echoed that strong anchor of faith.  His sudden, shocking death made everything about his life a megaphone.

And Kobe’s simple choice to make attending Sunday Mass a priority was a big deal!

That single action wordlessly spoke volumes about what was most important in life for this world-renown, professional athlete: A lasting silent testimony that is now well-amplified to his millions of raving fans eager to grasp what they can of the hours before his life was cut suddenly short.  Clearly, for Kolbe, attending Sunday Mass was a habit, not a “fit-it-in-if-I-can” afterthought.

How many families over the past 40 years have—and continue to—excuse themselves and their impressionable children from Sunday Mass for the sake of a son or daughter’s sports game? And how often does that son or daughter lose any sense of their Faith as they grow up — since they quickly learned—from their parents’ example—that a sports game was more important than Sunday Mass?  We need only look at Mass attendance and even Catholic college norms to know the answer.

Pursuit of Excellence, striving to be your best self, one day at a time — it never ends

Kobe was far from perfect. We all know his public fall from grace many years ago which ultimately served as the greatest motivator for his committed life path-correction and re-dedication to Faith and family first.

But as any successful entrepreneur will tell you, we often learn more from our failures than from our successes.

See for yourself (video link below), but for me the various tributes never were about basketball greatness as much as they were about the inner drive, passion, commitment, focus, integrity, overcoming daily obstacles we all face to stay on track, and not giving up.

Relentless wonder. Always learning,. Going the extra mile. Improving. Picking yourself up and staying the course (or getting back on course).  Endurance. Perseverance

The same attributes that keep Catholics living their faith every minute and in every part of their lives.

There’s a sense in which a lot — A LOT — of life is mental.  As some put it, you have to have your head in the game to be your best.  No matter what you’re doing or how old or young you are.

Did I mention humility?

Seems like part of humility is just accepting who you are, accepting the learning curve to become your best you as God intends, and, frankly, just showing up.

Video Clips and Quotes that inspire – from the public memorial

A few quotes that inspired me — there were many others — during the public memorial.  Kobe and Gianna’s funeral Mass and burial were held privately the previous week.

That’s the dream. It’s not the destination. It’s the journey.  If you guys can understand that, then what you’ll see happen is that you won’t accomplish your dreams. Your dreams won’t come true. Something greater will!

In the game of basketball, in life as a parent, Kobe left nothing in the tank. He left it all on the floor..

This kid had passion like you would never know. It’s amazing thing about passion. If you love something, if you have a strong passion for something, you would go to the extreme to try to understand or try to get it. Either ice cream, Cokes, hamburgers, whatever you have a love for. If you have to walk, you would go get it. If you have to beg someone, you would go get it. What Kobe Bryant was to me was the inspiration that someone truly cared about the way either I played the game or the way that he wanted to play the game. He wanted to be the best basketball player that he could be….

If you’ve not watched more than the 2-sec media clips, there are some interesting treasures in the full video of the memorial.  Here are a few standouts in my opinion:

https://www.youtube.com/watch?v=v8tv8zSAe_8  (can easily fast forward or back)

https://www.rev.com/blog/transcripts/kobe-bryant-memorial-transcript-memorial-held-for-kobe-bryant-and-his-daughter-gianna   (I think Michael Jordan and Shaquille O’Neal are much better heard on video, though it’s nice to see the words.  Also transcript excludes video clips shown during the memorial, most if not all of which are good)