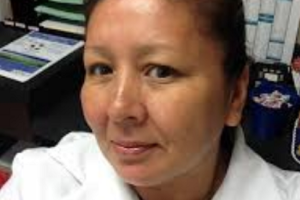 Lifesite News—A pro-life Illinois nurse who was fired after refusing to refer mothers for abortions won her case in court this week and has been awarded $374,000 in damages and attorney fees.

A local court in Illinois ruled that Sandra Mendoza Rojas, of Rockford, should not have been fired from the Winnebago County Health Clinic for living out her pro-life beliefs.

Rojas worked as a pediatric nurse for 18 years before she was fired in 2015, according to the report. She said she refused to comply with a new requirement that nurses be trained to help women obtain abortion drugs and refer women to abortion facilities.

The Illinois nurse is a devout Catholic who believes unborn babies deserve a right to life.

“Nursing is more than just a job, it is a noble calling to protect life and do no harm,” she said previously. “There is something terribly wrong when you are forced out of your job on account of your commitment to protect life.”

Here’s more from the report:

An Illinois trial court ruled Wednesday that Winnebago County must pay more than $374,000 in attorney’s fees for requiring a Christian nurse to provide abortion referrals and contraception.

Sterett is hopeful this case will send a clear warning to employers about the importance of honoring someone’s religious beliefs.

Alliance Defending Freedom served as co-counsel in the case alongside Noel Sterett of Dalton & Tomich and Whitman Brisky of Mauck & Baker.

“Healthcare professionals should not be required to violate their conscience to keep their jobs. Thankfully, Illinois has laws that protect a health care professional’s right to not participate in the… read more>>