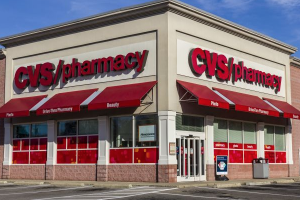 CNA—A Christian nurse practitioner formerly employed at a CVS Pharmacy in Texas has filed a discrimination complaint, saying that the company illegally discriminated against her on the basis of her religious beliefs against contraception and pressured her to change her beliefs.

Robyn Strader, 72, was a nurse practitioner at the CVS Pharmacy MinuteClinic in the Dallas-Fort Worth suburb of Keller, Texas. She said she had secured a religious accommodation not to prescribe contraception when she was hired in 2015. She was fired in late 2021 after the company decided to end religious accommodations.

Strader discussed her beliefs in her religious discrimination complaint to the U.S. Equal Employment Opportunity Commission.

Pratt said that on the “rare occasions” when contraception was requested, Strader referred them to another nurse practitioner at her location or to the CVS MinuteClinic two miles away.

This changed on Aug. 26, 2021, when the company said that “all nurses must perform essential services related to pregnancy prevention.” Strader’s manager then told her that the manager’s own supervisor said that the company would no longer honor religious accommodations and that Strader had no religious accommodation on file, Pratt said in a Feb. 8 letter to the Dallas District Office of the EEOC.

CNA sought comment from CVS Pharmacy but did not receive a response by deadline.

First Liberty Institute said Strader has taught science in high school and at the pre-professional level. Among her other credentials, she holds a Ph.D. in health education from the University of Toledo Medical Center and a master’s degree in nursing, education and family nurse practitioner from Texas Woman’s University.

Backers of abortion and contraception access have sought to limit or eliminate religious freedom protections for individuals and institutions that object to abortion, to contraceptives, or both.

Catholic institutions spent years opposing a federal mandate that required employers to provide health plan coverage for contraception, including drugs that can cause abortion.

Recent controversies surrounding mandatory Covid-19 vaccinations and other measures related to the pandemic have also prompted debates over religious freedom protections and exemptions.