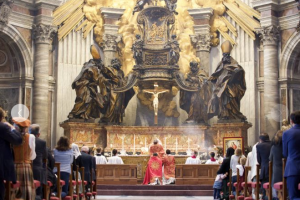 Around 500 priests, seminarians, religious, and laity took part in the international 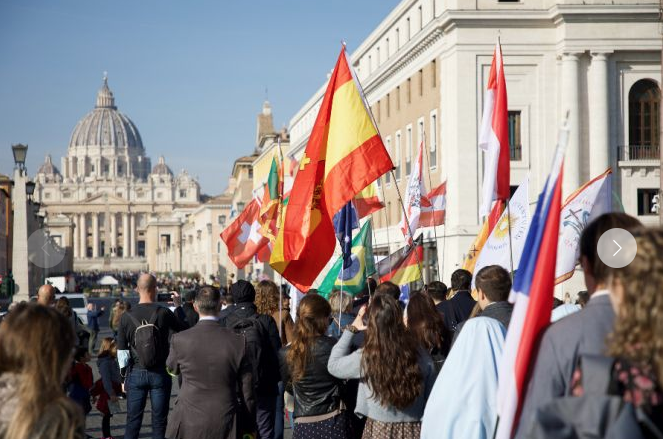 pilgrimage, which included a Eucharistic procession to the Vatican, followed by the celebration of a Solemn High Mass at the Altar of the Chair in St. Peter’s Basilica.

The pilgrimage, according to its website, brings people “ad Petri Sedem” (“to the See of Peter”) to give “testimony of the attachment that binds numerous faithful throughout the whole world to the traditional liturgy.”

The pilgrimage is named for Benedict XVI’s 2007 apostolic letter Summorum Pontificum, which acknowledged the right of priests to offer Mass in Latin according to the 1962 Roman Missal.

The pilgrimage began Oct. 29 with sung vespers, also called evening prayer, in the Church of St. Mary of the Martyrs — commonly known as the Pantheon.

Eucharistic adoration was held in the Church of St. Celsus and St. Julian, close to the Tiber River, on Oct. 30, and the pilgrimage concluded with Sunday Mass at the Church of Santissima Trinità dei Pellegrini on Oct. 31. 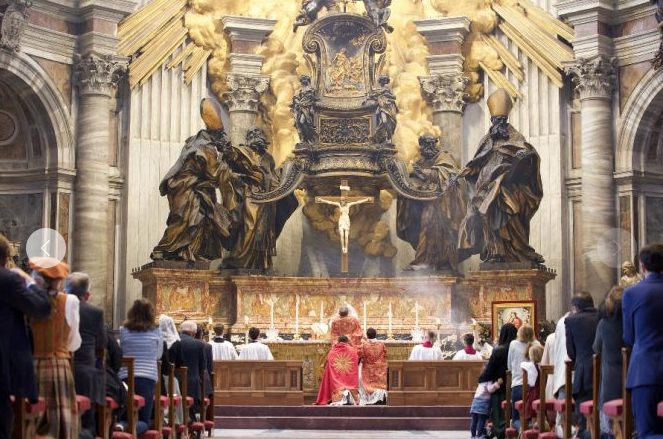 Archbishop Salvatore Cordileone of San Francisco was expected to take part in the pilgrimage but at the last minute canceled his trip to Rome.

The U.S. Cardinal Raymond Burke has participated twice in the pilgrimage, and Archbishop Alexander Sample of Portland, Oregon, took part in 2016.