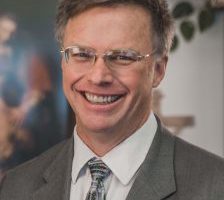 THE BLESSINGS OF A CATHOLIC CLASSICAL EDUCATION

Early each year, Catholics around the country took time to celebrate the blessings their schools have been, not only for the Catholic Church, but for our nation.  Catholic schools have served millions students of many faiths.  From the earliest schools established in Florida and California by Spanish missionaries, to the diocesan system begun by Bishop Neumann in Philadelphia, to the schools founded by the Jesuits and other religious orders, Catholic schools have provided students of diverse backgrounds a strong education in a religious environment marked by charity, joy and commitment to the truth.  And thanks to the great personal sacrifices of educators and church members, Catholic schools have served the poor and immigrants in a particularly admirable way throughout the years.

Jesus told his followers that they should be like “the head of a household who can bring from his store both the new and the old.”  Over the last quarter of a century, schools like Regina Coeli Academy in Wyndmoor and Regina Angelorum in Wynnewood have done just this by embracing what has become known as “classical education.”

Classical schools take for their model the kind of education that formed great men such as Benjamin Franklin and William Shakespeare.   Schools at that time had one great goal:  to pass on to their students the wisdom and glory of the past so that they could do great things themselves.  As young men, they learned to understand and appreciate the works of Homer, Sophocles, Virgil, and Cicero.  Anyone who has read the correspondence of men like Adams or public letters such as the Federalist Papers is frequently struck by how much our Founding Fathers drew on the wisdom of the past in bringing forth a “new nation conceived in liberty.”

This view of the past is out of step with modern assumptions, but all the more necessary because of that.  Classical education begins from an admiration of the wisdom and achievements of the past 3000 years.  Its chief aim is pass on that treasure to students who can really learn from it.  Our future will be brighter if our young learn about anger and pity from Achilles and Hector, sin and purgation from Dante, the strength of virtue and the weakness of corruption from the Roman Republic, the suffering of old age from King Lear, fidelity and leadership from George Washington.

By contrast, today’s young people are not far removed from thinking that people lived in a black-and-white world until the advent of color television!  Encouraged by progressive theories of education, they finish their schooling with just enough knowledge of the past to wonder at its ignorance, intolerance and prejudice.  Bach might be a name to them, but his fame in the musical world utterly incomprehensible.

Classical education gives students a great deal of confidence, the confidence that, though evil has always existed, so much that is good and true and beautiful has flourished and endured.  This is a firm foundation on which to base the work that needs to be done in bettering the world as it is now.

The classical form of education never leaves students in the past; rather, it gives students the tools they need to make today’s world better.  “The Well-Trained Mind” is one way to express the classical devotion to improving the most important strengths of young people.  Classical schools work to develop retentive memories, clear thinking, fertile imaginations.  Students are trained in the Trivium – the arts of grammar, logic and rhetoric – that gives them the power to express their ideas forcefully, beautifully, persuasively.

Catholic classical schools add to this by additionally infusing and handing down to its students Catholic culture.  Catholics have a lot to be proud of in their cultural heritage:  works of art, thought and imagination, and true, heroic stories of saints from throughout history.  Students in Catholic classical schools come to know St. Augustine and St. Monica, his mother;  the role the Benedictines played in forming Christian Europe from the remnants of great Rome and the barbarian hordes that destroyed it; St. Thomas Aquinas and his great labor to explain and defend the truths of the Catholic Faith;  St. Philip Neri, the Apostle of Joy, who renewed sanctity in the Church during the Catholic Counter-Reformation; St. Junipero Serra and the great work of bringing the Gospel to the Americas.  They become familiar with the great works of Catholic art, music and literature:  Gothic cathedrals, Gregorian chant, medieval icons, Palestrina’s motets, Mozart’s symphonies and operas; Michaelangelo, Raphael, DaVinci; Chesterton, Tolkien, O’Connor, Waugh.  They become proud of the Church that has always encouraged the life of the mind, brought forth the works of Copernicus and Galileo, and that founded the great universities of Europe and elementary and high schools throughout North America.