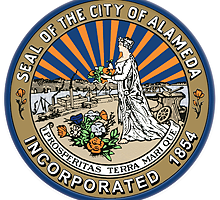 Bill May, founder of Catholics for the Common Good has promised to write an article for the Catholic Business Journal addressing the Catholic principles, perspective and action suggested regarding the kinds of serious moral and ethical issues that the following news item evokes. Please lend your voice to comments and insights section at the end.—ed.

(CNSNews.com) – The Alameda, Calif., public schools are adopting a curriculum that will require first graders to read literature that equates same-sex unions with a family made up of a mother, father and child.

Parents will not be allwed to opt their first graders out of the curriculum.

Members of the Alameda United School District (AUSD) school board voted 3 to 2 last week to implement the “Safe Schools” curriculum, which supporters say is aimed at stopping anti-homosexual bullying in schools.

The program includes a between one and four lessons each year between grades 1 and 5 to introduce students to “LGBT” (lesbian, gay, bisexual, and transsexual) issues.

As part of the curriculum, second graders will be exposed to books like “And Tango Makes Three”–a story book about two male penguins who hatch an egg and raise a chick together in New York’s Central Park Zoo–and first graders will see “Who’s in a Family?” which exposes students to a variety of “different” family structures.

The discussion plan for “Who’s In a Family?” includes asking students to identify a type of family they see in the book.

Teachers are instructed: “If a student responds that one family in the book is made up of a mother, a father, and two children and a cat, you may acknowledge that some families look like this, but ask students for other examples of what a family can look like.”

Unlike for health and sexual education classes, the district will not allow parents to opt their children out of the LGBT curriculum–angering parents and pro-family groups.

“This will be done whether parents like it or not, and it shows the hostility against parental rights and traditional family values,” said Randy Thomasson, president of the Campaign for Children and Families, speaking for parents who, he said, are adamantly opposed to the plan.

School board president Mike McMahon voted against implementing the plan, but not because he opposes the curriculum. When asked about why there was not an opt-out provision for parents, McMahon told CNSNews.com that one was not required.

“It was the opinion of our legal counsel that this curriculum was not health or sex education curriculum,” he said.

McMahon also said the book, “And Tango Makes Three,” was specially chosen for the curriculum.

“It was the selection of a committee that was put together, and they felt that book portrayed the lesson that they wanted to portray,” McMahon told CNSNews.com.

But School Board Member Trish Spencer, who also voted against the plan, said she worries that its implementation could lead to the harassment of students who have religious objections to homosexuality.

“We know that there are children that are already being bullied for their religious beliefs,” she said, referring to a case involving a Muslim girl in the district who she said was bullied for wearing distinctive head dress–a hijab.

“I couldn’t see any effort on behalf of the district to teach empathy and being an ally to those students,” Spencer added. She noted that students in the district are not introduced to Islam until seventh grade.

Spencer cited the 2001-2002 California Healthy Kids Survey as evidence that bullying due to religion is a bigger problem for the district than bullying based on homosexuality.

The survey showed that 14.3 percent of students reported bullying due to race or ethnicity and 9.1 percent reporting harassment because of religion. Both ranked ahead of bullying due to “actual or perceived sexual orientation,” which came third at 7.5 percent.

The state survey is a yearly self-reported of school children in compliance with the federal No Child Left Behind Act.

McMahon, meanwhile, said that it was his understanding that young students could express disagreement with the homosexual curriculum based on religion, saying that teacher guides that counsel teachers what to do when children exercise “their First Amendment rights to disagree.”

Alameda is located across the bay from San Francisco.