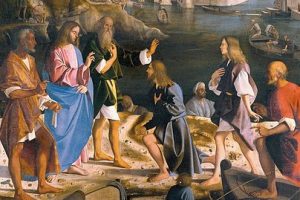 
1 When one of you has a grievance against a brother, does he dare go to law before the unrighteous instead of the saints? 2 Do you not know that the saints will judge the world? And if the world is to be judged by you, are you incompetent to try trivial cases? 3 Do you not know that we are to judge angels? How much more, matters pertaining to this life! 4 If then you have such cases, why do you lay them before those who are least esteemed by the church? 5 I say this to your shame. Can it be that there is no man among you wise enough to decide between members of the brotherhood, 6 but brother goes to law against brother, and that before unbelievers? 7 To have lawsuits at all with one another is defeat for you. Why not rather suffer wrong? Why not rather be defrauded? 8 But you yourselves wrong and defraud, and that even your own brethren. 9 Do you not know that the unrighteous will not inherit the kingdom of God? Do not be deceived; neither the immoral, nor idolaters, nor adulterers, nor sexual perverts, 10 nor thieves, nor the greedy, nor drunkards, nor revilers, nor robbers will inherit the kingdom of God. 11 And such were some of you. But you were washed, you were sanctified, you were justified in the name of the Lord Jesus Christ and in the Spirit of our God.

Reflection for the day: “Do not be afraid. Do not be satisfied with mediocrity. Put out into the deep and let down your nets for a catch.” — Pope St. John Paul II