Tuesday of the 1st Week in Ordinary Time 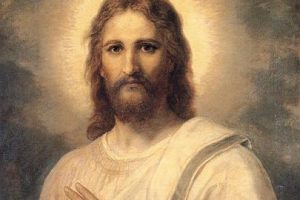 9 After they had eaten and drunk in Shiloh, Hannah rose. Now Eli the priest was sitting on the seat beside the doorpost of the temple of the LORD. 10 She was deeply distressed and prayed to the LORD, and wept bitterly. 11 And she vowed a vow and said, “O LORD of hosts, if thou wilt indeed look on the affliction of thy maidservant, and remember me, and not forget thy maidservant, but wilt give to thy maidservant a son, then I will give him to the LORD all the days of his life, and no razor shall touch his head.” 12 As she continued praying before the LORD, Eli observed her mouth. 13 Hannah was speaking in her heart; only her lips moved, and her voice was not heard; therefore Eli took her to be a drunken woman. 14 And Eli said to her, “How long will you be drunken? Put away your wine from you.” 15 But Hannah answered, “No, my lord, I am a woman sorely troubled; I have drunk neither wine nor strong drink, but I have been pouring out my soul before the LORD. 16 Do not regard your maidservant as a base woman, for all along I have been speaking out of my great anxiety and vexation.” 17 Then Eli answered, “Go in peace, and the God of Israel grant your petition which you have made to him.” 18 And she said, “Let your maidservant find favor in your eyes.” Then the woman went her way and ate, and her countenance was no longer sad. 19 They rose early in the morning and worshiped before the LORD; then they went back to their house at Ramah. And Elka’nah knew Hannah his wife, and the LORD remembered her; 20 and in due time Hannah conceived and bore a son, and she called his name Samuel, for she said, “I have asked him of the LORD.”

1 Hannah also prayed and said, “My heart exults in the LORD; my strength is exalted in the LORD. My mouth derides my enemies, because I rejoice in thy salvation. 4 The bows of the mighty are broken, but the feeble gird on strength. 5 Those who were full have hired themselves out for bread, but those who were hungry have ceased to hunger. The barren has borne seven, but she who has many children is forlorn. 6 The LORD kills and brings to life; he brings down to Sheol and raises up. 7 The LORD makes poor and makes rich; he brings low, he also exalts. 8 He raises up the poor from the dust; he lifts the needy from the ash heap, to make them sit with princes and inherit a seat of honor. For the pillars of the earth are the LORD’S, and on them he has set the world.

21 And they went into Caper’na-um; and immediately on the sabbath he entered the synagogue and taught. 22 And they were astonished at his teaching, for he taught them as one who had authority, and not as the scribes. 23 And immediately there was in their synagogue a man with an unclean spirit; 24 and he cried out, “What have you to do with us, Jesus of Nazareth? Have you come to destroy us? I know who you are, the Holy One of God.” 25 But Jesus rebuked him, saying, “Be silent, and come out of him!” 26 And the unclean spirit, convulsing him and crying with a loud voice, came out of him. 27 And they were all amazed, so that they questioned among themselves, saying, “What is this? A new teaching! With authority he commands even the unclean spirits, and they obey him.” 28 And at once his fame spread everywhere throughout all the surrounding region of Galilee.

Reflection for the day: “Burning the candle at both ends for God’s sake may be foolishness to the world, but it is a profitable Christian exercise-for so much better the light. Only one thing in life matters. Being found worthy of the Light of the World in the hour of His visitation. We need have no undue fear for our health if we work hard for the kingdom of God; God will take care of our health if we take care of His cause. In any case it is better to burn out than to rust out.” — Venerable Fulton Sheen