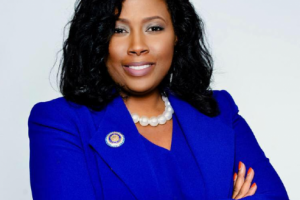 State Sen. Katrina Jackson (D), who authored the bipartisan Louisiana law requiring that abortion clinics be held to the same standards as surgical centers, said she was “disappointed” that the court threw out a law that she said would “protect women injured in abortion facilities.”

“I am proud to be a pro-life Democrat,” Jackson said in a video message published after the court’s decision. “I am proud that this law received overwhelming support by both women and men, Democrats and Republicans, black legislators and white legislators.”

Jackson’s Unsafe Abortion Protection Act received widespread support from both parties in the state legislature and was signed into law by then-governor Bobby Jindal (R) in 2014.

The Supreme Court justices, she said, “substituted their policy preferences over the clear will of the people of my great state.”

Four justices ruled on Monday in June Medical Services, LLC v. Russo that Louisiana’s requirement that abortion doctors have admitting privileges at a local hospital would have made it “impossible” for abortion clinics to comply, without offering a significant health benefit for women. Justice Stephen Breyer authored the opinion, and Chief Justice John Roberts concurred to tip the court’s balance 5-4 against Louisiana’s law.

Breyer wrote that the federal court for Louisiana’s middle district was correct in overturning the state’s law, and that the Fifth Circuit appeals court was wrong to reverse that decision.

He noted the district court’s finding of “the substantial obstacle the Act imposes” to abortion facilities, “and the absence of any health-related benefit.” The court was right to conclude that “the law imposes an undue burden and is therefore unconstitutional,” Breyer said.

Of particular note to many commentators was Chief Justice John Roberts’ concurrence.

In a similar case from 2016, the court ruled against Texas’ regulations of abortion clinics in Whole Woman’s Health v. Hellerstedt. Although the Fifth Circuit upheld Louisiana’s law in part because it did not pose the same burdens that Texas’ law did on abortion clinics, Justice Breyer said the law is “almost word-for-word identical” to Texas’ law.

Roberts dissented from the court’s 2016 ruling.

Despite that dissent, Roberts said on Monday that because of the legal doctrine of “stare decisis,” the court’s previous ruling had to be applied in the current case. And, because the two laws are “nearly identical” and the court has to “treat like cases alike,” Roberts decided that “Louisiana’s law cannot stand under our precedents.”

Rick Garnett, a professor at the University of Notre Dame’s law school, told CNA that while there is “widespread agreement that, generally speaking, like cases should be treated alike,” Roberts himself has not applied that standard in several cases where he deemed that previous court rulings were incorrect.

Thus, Garnett said, “it is difficult to see why he did not do so here, too,” given that “four years hardly seems like enough time to convert a judicial mistake” that was the Whole Woman’s Health decision “into an unmovable monument.”

Garnett pointed to Justice Clarence Thomas’ dissent that he believes “provided a clear blueprint” for a future court to overrule the Roe v. Wade that legalized abortion.

Thomas wrote that the court’s previous abortion decisions, beginning with Roe v. Wade, “created the right to abortion out of whole cloth, without a shred of support from the Constitution’s text.” The Roe decision founded a legal right to abortion upon “a free-floating constitutional right to privacy in Griswold v. Connecticut,” he wrote.

Ryan Anderson, the William E. Simon senior research fellow at the Heritage Foundation, told CNA that Thomas “got it right” in arguing that justices cannot uphold legal precedent that is clearly erroneous.

“Nothing in the U.S. Constitution creates a right to abortion, regardless of what the Court has said in the past,” Anderson said.

Other legal experts and pro-life advocates said that Louisiana’s law aimed to protect the safety of women, and should not have been overturned.

“Women seeking abortions have the same right to competent and quality care as patients involved in other surgical procedures. Louisiana’s admitting privileges law protected that right,” she said.

The March for Life stated that it was “appalled” by the ruling “which failed to hold Louisiana abortion facilities accountable for their numerous health and safety violations.”

Marjorie Dannenfelser, president of the Susan B. Anthony List, called Monday’s decision “a bitter disappointment” that “reinforces just how important Supreme Court judges are to advancing the pro-life cause.”