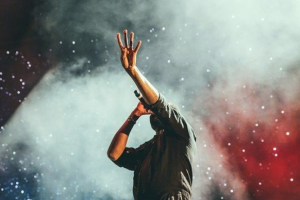 Inspiring Pro-Life American Idol Contestant on Abortion: ‘Put Other People Before Yourself’

NRL—Christian singer and former American idol contestant Colton Dixon gave an interview with pro-life nonprofit Live Action where he shared his thoughts on abortion and how it changed after becoming a father.

In the interview, Live Action mentioned that 2,363 unborn children are aborted daily in the United States. Dixon called the number “insane” and explained that people need to start by putting others before themselves to reduce the number of abortions.

“When it comes to that number [2,363]…that’s insane. It’s just insane. And it just breaks my heart. Especially after having twin girls,” he said. “Thinking that they could be amongst that number… it’s just, it’s heartbreaking. Put other people before yourself.”

Dixon, 30, and his wife had two identical twin daughters just over one year ago. In an interview with People in 2020, he shared that one of his daughters, Ava Dior, was born without a pulse. The couple watched the doctors and (story continues below inspiring video)nurses bring their daughter back to life. She then spent the first few days of her life in the NICU.

“I think it boils down to thinking of people other than yourself. That’s really what it boils down to,” Dixon said to Live Action. “You put other people before you, you’re going to live a happier life.”

To wrap up, Dixon was asked “how do you lovingly communicate the pro-life message to people who don’t agree with you?”

“We live in an age right now where, if your opinion isn’t my opinion, there are walls up and no one wants to listen to each other. That’s not just on the pro-life issue, that’s across the board,” Dixon said in the interview. “We have to get back to being able to communicate and to have conversations with people regardless of what the topic is.”

“I think love should be a part of that conversation,” he added.