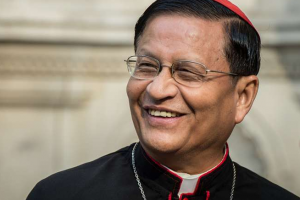 Catholic News Agency—As Hagia Sophia opened for Muslim prayers Friday, July 24, 2020, for the first time in 86 years, a leading Asian cardinal said that the decision to turn the building back into a mosque will reopen wounds and intensify divisions.

In a statement sent via email July 24, Cardinal Charles Maung Bo said that he was grieved by Turkey’s decision to change the status of the sixth-century Byzantine cathedral.

“How does turning what was once the world’s largest cathedral into a mosque do anything except sow tensions, divide people and inflict pain?” the Burmese cardinal asked.

“How does placing Hagia Sophia into the hands of people who have no sense of its history and heritage and who will destroy its Christian identity help bring people together? How does seizing Hagia Sophia uphold Article 18 of the Universal Declaration of Human Rights?”

“It doesn’t. It merely reopens wounds and exacerbates divides at a time when we should be healing humanity.”

The archbishop of Yangon, Myanmar’s capital city, said that he had spoken “consistently and passionately” in defense of religious freedom both in his homeland and elsewhere in Asia.

“Indeed often I have spoken in defense of the persecuted Muslim peoples in Myanmar, and I will go on doing so without hesitation and unequivocally,” he said.

“For true freedom of religion requires respect for others’ freedom to practice, as well as the exercise and defense of one’s own liberty.”

“For that reason, the decision in Turkey to turn what was for 1,000 years the world’s largest cathedral — Hagia Sophia — into a mosque grieves me.”

Bo, who was elected president of the Federation of Asian Bishops’ Conferences in 2018, continued: “It grieves me not because I want to deny my Muslim brothers and sisters places of worship. On the contrary, I defend their right to do so as much as I defend everyone’s.”

“Nothing I say here should be taken by those who persecute Muslims — in Myanmar or beyond — as justification for their actions: it never can be. Persecution of any kind should be countered by people of faith, hope and love and by humanity.”

“But nor can the decision to turn Hagia Sophia into a mosque be seen as anything other than an unnecessary assault on freedom of religion or belief.”

Turkish president Recep Tayyip Erdoğan signed a decree July 10 converting Hagia Sophia into a mosque, hours after a court declared that the building’s conversion into a museum in 1934 was illegal.

Hagia Sophia was built in 537 under Emperor Justinian and served as the cathedral of the Patriarch of Constantinople. After the Ottomans captured the city in 1453, the cathedral was converted into a mosque.

The building was turned into a museum under Mustafa Kemal Atatürk, the first president of the secular Republic of Turkey, which was established in 1923 following the collapse of the Ottoman Empire.

Upholding religious liberty around the world

Bo said that his concern over the status of the UNESCO World Heritage Site was part of his wider desire to uphold religious liberty around the world.

“In my country, Myanmar, mosques have been razed to the ground and I have spoken out — frequently and at some risk. In China, the Uyghur Muslims are facing what amounts to some of the contemporary world’s worst mass atrocities and I urge the international community to investigate. In India and Sri Lanka Muslims have faced appalling violence and I have condemned such inhumanity,” he said.

“Similarly, In Indonesia, Ahmadiyya Muslim mosques have been destroyed by other Muslims, and churches have been forcibly closed. In Iran the Baha’is face an intense assault on their freedoms, and in Syria and Iraq sacred places have been wantonly destroyed while, sadly, closer to home, we have seen the same phenomenon in China with shrines destroyed, the Cross removed from places of worship, and even churches, like Xiangbaishu Church in Yixing, demolished.”

“Turning Hagia Sophia into a mosque represents a similar undermining of freedom of religion or belief, love for each other, respect for the dignity of difference.”

When Hagia Sophia (pictured) reopened as the Ayasofya Mosque July 24, Erdogan and other senior officials 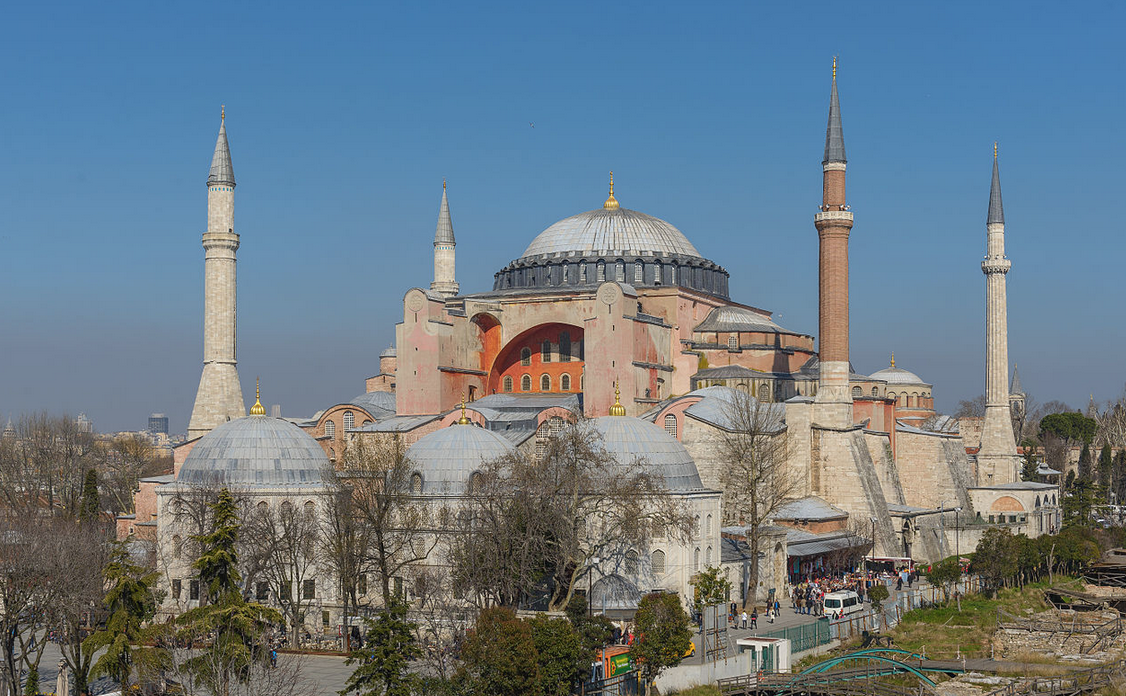 joined hundreds of worshipers inside the building for Friday prayers, while large crowds filled the streets outside.

The U.S. Conference of Catholic Bishops has backed an initiative by the Greek Orthodox Archdiocese of America to observe July 24 as a “Day of Mourning.”

July 24 is the anniversary of the 1923 Treaty of Lausanne, which established the borders of the modern Turkish state and included explicit protections for Christian minorities.

“At a time when humanity is enduring intense strains due to the global pandemic, we need to come together, not drive communities apart. We need to put aside identity politics, abandon power plays, prevent ethnic and religious conflicts and value the dignity of difference among every human being. And we must cherish diversity and the unity we find within it,” Bo said.