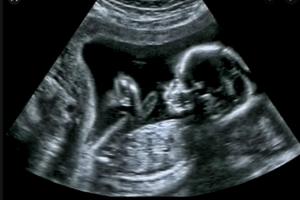 CNA—If the U.S. Supreme Court overturns Roe v. Wade this summer, abortions will be banned entirely statewide in Texas, with limited exceptions. Although some Texas women will likely travel to other states to obtain abortions, the legal change could mean that tens of thousands more children will be born in the state each year.

The funding network started small in the early 2000s and has grown to support more than 175 locations — crisis pregnancy centers, maternity homes, clinics, and more — all over the state.

Each of the nearly 200 organizations that the TPCN supports is a standalone nonprofit with its own funding streams and donor bases, McNamara said. The hope for the program is that the government dollars would help each organization expand its pro-life services.

“This is not just about saving the baby. This is about setting young parents up for long-term success in their parenting,” he said.

McNamara said that the program was launched in the early 2000s after a realization on the part of the Texas legislature about how much government funding was going to organizations providing or promoting abortion. The Texas government wanted to establish a funding stream for organizations promoting childbirth, and thereafter parenting or adoption, McNamara added.

The network was established as the Texas Alternative to Abortion Services Program, born out of a desire to “level the playing field” between abortion providers and pro-life organizations.

Today, TPCN is funded entirely with general revenues from the state of Texas. In the fiscal year 2021, the organization was the program’s largest grantee, receiving $36.6 million (nearly 80%) of the funds awarded that year.

As more states pass measures to ban abortion — which they would be allowed to enforce if Roe v. Wade is overturned — Texas’ pregnancy care program is already being emulated, most notably by its neighbor, Oklahoma.

In late May, Oklahoma Governor Kevin Stitt signed a law prohibiting abortion from the moment of conception with few exceptions, and Oklahoma started a pregnancy care network almost exactly like Texas’ in 2019. Madeleine Craig, the Oklahoma network’s executive director, said in May that the network had 12 locations and intended to expand to at least 20 by the end of the year.

The Texas program is notable in part for the length of its continuum of care. Women and men are not only eligible for their pro-life services during pregnancy, McNamara noted. In fact, their services extend from the beginning of pregnancy until three years after birth.

Those services include counseling for women considering abortion, housing for women who have been in an unsafe or abusive environment, vocational training, and classwork on budgeting, self-sufficiency, interviewing skills. They also offer doula services, as well as programs and classes for the fathers to teach them to be good and effective.

The Texas legislature has spoken loudly on this, McNamara said, creating what amounts to an “almost four-year continuum of care.”

According to reporting from the Texas Tribune, pregnant women in Texas are more likely to be uninsured — 1 in 5 residents were uninsured in 2019, double the national average — and less likely to seek early prenatal care than the rest of the country. Texas also has high rates of maternal mortality and morbidity, and high rates of teen pregnancy.

An anonymous client of the pregnancy network said that she appreciated the human connection she made when she sought help for her pregnancy.

“You helped a broken person that never talked about her feelings, that felt she was not important and not worth it. But after meeting you, I feel I am an important person. I love that I met you,” the client wrote on her comment card upon leaving the clinic.