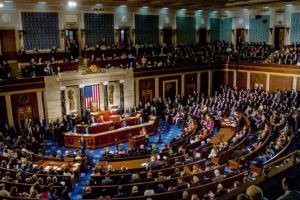 NRL News—Two U.S. bishops’ conference chairmen– Archbishop William Lori of Baltimore and Cardinal Timothy Dolan of New York—have sent a letter to the Senate ahead of its vote next week on the Women’s Health Protection Act (WHPA) strongly urging the lawmakers not to support the bill. H.R. 3755 has already passed the House on September 24, 2021.

John Lavenburg, writing on Crux quoted from the letter. “In treating abortion as the moral equivalent to the removal of an appendix, this proposal is radically out of step with the American public,” Archbishop Lori  and Cardinal Dolan of New York wrote. “We strongly urge you to reject this bill and to put the energy and resources of our federal government behind policies that fully recognize and support both mothers and their children.”

The Prelates’ letter went on to say, according to Lavenburg, that “Answering the needs of women by promoting taxpayer-funded elective abortion, as this bill would do, is a failure to love and serve women. Offering free or low-cost abortions, instead of the resources needed to care for her child, is not ‘choice’ but coercion.”

Their letter echoed many of NRLC concerns. For example H.R. 3755 would (as NRLC pointed out) not only invalidate nearly all existing state limitations on abortion, it would also prohibit states from adopting new limitations in the future!  Showing how far the bill goes, it would invalidate various types of laws already specifically upheld as constitutionally permissible by the U.S. Supreme Court!

Lori and Dolan added, “As a nation built on the recognition that every human being is endowed by its Creator with the unalienable rights to life, liberty, and the pursuit of happiness, we must reject this bill and embrace public policy that fully respects and facilitates.”