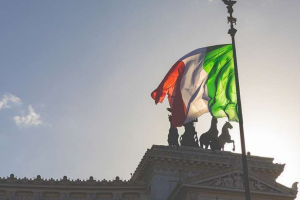 The Italian bishops’ conference Sunday released a statement denouncing Conte’s decree on “phase 2” of the coronavirus lockdown restrictions, which it says “arbitrarily excludes the possibility of celebrating Mass with the people.”

During a press conference April 26 to announce the next phase of Italy’s COVID-19 restrictions, beginning May 4, Conte said funerals may resume with a maximum of 15 people present. Other religious celebrations, including public Masses, will resume “in the coming weeks.”

In their April 26 statement, the bishops referred to two bodies which advised Conte on lifting lockdown measures: the Presidency of the Council of Ministers, the equivalent of the Prime Minister’s office, and the Technical-Scientific Committee for COVID-19.

The bishops said: “The Presidency of the Council and the Technical-Scientific Committee are reminded of the duty to distinguish between their responsibility — giving precise indications of a health nature — and that of the Church, called to organize the life of the Christian community, in compliance with the measures prepared, but in the fullness of one’s autonomy.”

The prime minister’s office responded late Sunday night to the bishops’ statement, according to news agency ANSA. The message said “a protocol will be studied that will allow the faithful to participate in liturgical celebrations as soon as possible in conditions of maximum security.”

The Italian bishops’ conference (CEI) said it had been in “continuous and available dialogue” with the government for weeks.

During these negotiations, “the Church accepted, with suffering and a sense of responsibility, the government limitations taken to face the health emergency,” the bishops said, adding that during these conversations “it was explicitly emphasized that — when the limitations taken on to face the pandemic are reduced — the Church demands to be able to resume its pastoral action.”

The statement claims the Italian bishops had also presented their own guidelines and protocols for a transitional phase which would meet all health standards.

Public Masses throughout Italy have been suspended for nearly seven weeks after the Italian government issued a decree March 8 suspending all public religious ceremonies, including funerals.

According to the prime minister’s April 26 announcement, the easing of lockdown measures will allow retail stores, museums, and libraries to reopen beginning May 18 and restaurants, bars, and hair salons June 1.

Movement between Italian regions, within regions, and within cities and towns is still prohibited except under strict cases of necessity.

In a letter April 23, Cardinal Gualtiero Bassetti of Perugia, the president of the Italian bishops’ conference, wrote that “the time has come to resume the celebration of the Sunday Eucharist, and church funerals, baptisms and all the other sacraments, naturally following those measures necessary to guarantee security in the presence of more people in public places.”