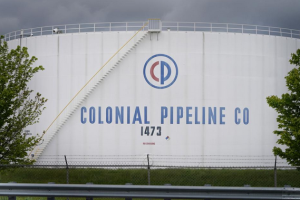 Forbes—It’s not often hackers manage to hit critical energy infrastructure like Colonial’s East Coast pipeline system, but the vulnerability of a major delivery system between Gulf Coast refiners and New York metro area on the cusp of the summer driving season should set alarm bells ringing.

The Colonial Pipeline hack has, so far, not sent gasoline and diesel prices soaring. That’s primarily because the pipeline is expected back online by the end of the week, and the market believes there’s adequate fuel stockpiles available to cover the down period. Upward pressure on prices is also being undermined by the pandemic’s persistent impact on demand in Asia.

The disruption should worry market traders nonetheless, prompting questions about whether such supply risks – whether cyber or user-error like the blockage of the Suez Canal in March or natural disasters like Winter Storm Uri in February, are fully priced into crude oil and products.

Disruptions like those listed above are becoming increasingly commonplace.

The ransom malware attack that struck the heart of the U.S. downstream network prompted only a 3 percent increase in refined product prices as of Monday. But that could change if… read more>>