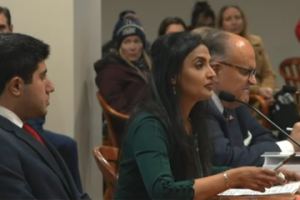 See and Hear for Yourself – A Taste of Election Realities: The Long Tail

Even in a world bombarded with sound bytes and tweets, the long tail story — the truth — still wins the day.  Eventually those who care about the truth of an issue want to know the full story, the true story.

And those who care about truth will search beyond mainstream news and agenda-driven “infomercials” crafted to imitate genuine news and facts. The mind-numbing repetition of phrasing and story angle, arrogance and phony outrage becomes predictable.

“Staged” news is not news.

Truth-seekers will also, eventually, prefer to hear for themselves, first-hand testimony and discovery rather than be satisfied with highly edited snippets and op ed directives on what to believe.

Sometimes, however, it takes a long time for a populace to become genuine truth-seekers.

In oil-rich, once-prosperous Venezuela, for example, many citizens believed Cesar Chavez’ original, lofty campaign promises of greater opportunities and benefits.  They voted him into leadership.

After experiencing Chavez’ oppressive dictatorship and swift plunge into socialism, however, with devastating results for millions of innocent, average Venezuelan citizens, it has now begun to come out into the open — not surprisingly — that those same citizens tried to vote him out of office!

But by then the fix was in.  It was too late.

Chavez and his financiers wasted no time developing and fine-tuning an election machine and system that they could manipulate as needed to ensure future victories.

That system, according to increasing testimony, is Dominion.  Yes, the very same voting system used in many states in the U.S., especially in this year’s “swing states.”

Power, Manipulation and Control.  These are key elements for snuffing out the precious liberties and freedoms given by our Creator and guaranteed in our U.S. Constitution.

The long tail of this year’s presidential election in the United States is worth learning, hearing for yourself.

Regardless of party preference

As Catholic business professionals, whose lives, ability to practice our faith principles freely, and livlihoods are affected directly by elections, we owe it to ourselves to take a break from snippets and sound bytes.

Hear what real people testify what they experienced.  Not second hand snippets.

Remember, just five short years ago, we had a U.S. president who imposed healthcare mandates on U.S. citizens and businesses — mandates that included covering artificial contraceptives and certain procedures that are directly against the teachings of our Faith or we face horrendous fines.  As you know, the Sisters of the Poor in the Midwest are STILL fighting to free themselves from these crushing mandates.

Regardless of party preference, truth-seekers will take the time to listen to at least some of the first-hand observations and experiences regarding the evidence of massive, well-orchestrated and pre-planned election fraud, including the use of Dominion voting machines.