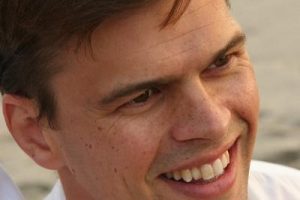 First, Take No Stand : In assisted suicide, the medical profession ducks behind “neutrality.”

A longtime activist for the cause, Shavelson’s interest began in adolescence. In an interview last year, he describes how, when he was fourteen, his severely depressed mother “enrolled me in pacts for her death.” Despite acknowledging that her request was “pathological,” he eventually chose to become a doctor “not only to help her in her illness but also to help her die.” In his 1995 book A Chosen Death, Shavelson recounted underground assisted suicides he witnessed. In one case, “Sarah,” the leader of a local advocacy group, took an especially active role when “Gene,” an elderly, partially paralyzed alcoholic man, asked for help with ending his life. But things did not go as planned, when Gene jolted awake in the middle of the process …  He did not.

Shavelson seems to have taken away from this event a sense of the dire need for reliable methods for ending life. Ignorance of these methods, he argued in last year’s interview, was much of what motivated doctors to oppose assisted suicide:

Everybody I talked to said we don’t know how to do this. So we don’t agree with it. And over time, what’s wonderful to watch is how patients have been the leading force…. As [hospices] started getting patient requests, they couldn’t just keep saying no. Hospices are fundamentally a loving and caring and responsive organization.

He and his colleagues have thus made themselves “ambassadors,” training physicians around the state on proper suicide methods to meet patient demand. As of last November, Dr. Shavelson and his staff had been at the bedside of 114 people whose suicides they assisted.

The narrative Dr. Shavelson offers, however — of benighted doctors led into the light of assisted suicide by education and patient demand — ignores the larger story. A closer look at the recent rash of legalization of assisted suicide in several states and countries shows that doctors’ own medical associations actively helped to pave the way, all while ducking behind a disingenuous guise of merely staying neutral. The story is a growing scandal to the profession of medicine. But it is not too late to undo.

“Shift in the Conversation”

In May 2015, the California Medical Association changed its position on physician-assisted suicide from “opposed” to “neutral.” In doing so, it broke from the national organization of which it is a chapter, the American Medical Association, which still maintains its clear opposition….Read more>

The Problem with “Neutrality”

What precisely does it mean for medical societies to adopt a “neutral” position on physician-assisted suicide? Is this merely a reasonable accommodation to make room for diverse viewpoints among members — a humble acknowledgment of uncertainty? There is good reason to doubt this.

In a 2018 paper, bioethicist Daniel Sulmasy and co-authors argued that while…Read more>>

A position of “neutrality” by a medical association is not truly neutral, moreover, because legalization of assisted suicide can rapidly usher in a regime where doctors who are unwilling to participate are pressured to conform.

In the lead-up to California’s vote on the bill to legalize assisted suicide,… Read More>>

Aaron Kheriaty is the Associate Professor of Psychiatry and Director of Medical Ethics Program UC Irvine School of Medicine, a devout Catholic and  father of six.