St. Basil the Great on Fidelity to Tradition

St. Basil the Great (born in Turkey, 329-379 A.D.) has much to say to Catholic business men and women of today, enmeshed as we are in a very secular and increasingly anti-Christian world and work culture. Before sharing St. Basil’s exhortation to the faithful of his day, a time that was not unlike our times today , we begin with a bit about the man himself.

St. Basil could have followed his father’s footsteps in the legal career, and he did begin a career after his studies, but soon followed the deeper desires of his hear as a priest, eventually founding a monastery and later serving as the Bishop of Caesarea for many years.  And if you don’t think that expertly, attentively and prudently managing a diocese doesn’t echo the demands of the top level CEO, think again.

And, like any of us working laity, business owners, entrepreneurs, managers and employees–regardless of our chosen field or searching and transitions–challenges of faith are sure to find us!  So was true for Basil.

St. Basil is best known for his clear, persistent and rigorous defense of the true faith and the divinity of the Holy Trinity (3 persons in 1 God), against the widespread Arian heresy that declared that the Second Person of the Holy Trinity (Jesus) to have been created and not Divine, uncreated, without beginning or end. The Arian heresy was spread by an errant bishop and became deeply entrenched among many bishops at the time.  St. Basil the Great championed the true nature of God against this devastating heresy.

He is often referenced as “one of the three monks,” that is, one of the Cappadocian Fathers (along with his birth brother St. Gregory of Nyssa and close friend St. Gregory Nazianzus), and he is responsible for many profitable writings, canons, prayers, 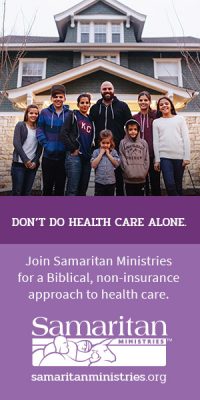 and the Divine Liturgy that the Orthodox and some of the Eastern Catholic Rites use 10 times a year, most notably on Sundays during Great Lent. He also wrote several works on monasticism, theology, and canon law, and was declared a saint soon after his death.

The point of referencing this letter to the Western Church is that, though the era is very different, the evil of the day and the fight for freedom and true Faith is not. As you’ll see in just this one letter, St. Basil exhorts the Church leaders — including us laity today — to be diligent and persistent to combat the evil not merely with words, but also with the action of our lives.  That means in the way we live our lives at work as well as in private.

After all, we may be the only “Christ” our co-workers and executive peers see today.  What will they see in you and me?  Are we well-anchored in faithfully preserving the traditions of our Faith in every aspect of our lives, spoken and unspoken?

To the bishops of Italy and Gaul concerning the condition and confusion of the Churches.

1.  To his brethren truly God-beloved and very dear, and fellow ministers of like mind, the bishops of Gaul and Italy, Basil, bishop of Cæsarea in Cappadocia.  Our Lord Jesus Christ, Who has deigned to style the universal Church of God His body, and has made us individually members one of another, has moreover granted to all of us to live in intimate association with one another, as befits the agreement of the members. …  One chief object of our desire is that through you the state of confusion in which we are situated should be made known to the emperor of your part of the world [Rome].  If this is difficult, we beseech you to send envoys to visit and comfort us in our affliction, that you may have the evidence of eyewitnesses of those sufferings of the East which cannot be told by word of mouth, because language is inadequate to give a clear report of our condition. [this suffering refers to the widespread Arian heresy in the region of Egypt, Greece and Turkey, as he explains next]

2.  Persecution has come upon us, right honourable brethren, and persecution in the severest form.  Shepherds are persecuted that their flocks may be scattered.  And the worst of all is that those who are being treated ill cannot accept their sufferings in proof of their testimony, nor can the people reverence the athletes as in the army of martyrs, because the name of Christians is applied to the persecutors.  The one charge which is now sure to secure severe punishment is the careful keeping of the traditions of the Fathers.  … The laity groan; tears are falling without ceasing in public and in private; all are mutually lamenting their woes.  No one’s heart is so hard as to lose a father, and bear the bereavement meekly.  There is a sound of them that mourn in the city—a sound in the fields, in the roads, in the deserts.  But one voice is heard from all that utter sad and piteous words.  Joy and spiritual gladness are taken away.  Our feasts are turned into mourning.  Our houses of prayer are shut.  The altars of the spiritual service are lying idle.  Christians no longer assemble together; teachers no longer preside.  The doctrines of salvation are no longer taught.  We have no more solemn assemblies, no more evening hymns, no more of that blessed joy of souls which arises in the souls of all that believe in the Lord at communions, and the imparting of spiritual boons.  We may well say, “Neither is there at this time prince, or prophet, or reader, or offering, or incense, or place to sacrifice before thee, and to find mercy.”

3.  We are writing to those who know these things, for there is not a region of the world which is ignorant of our calamities.  Do not suppose that we are using these words as though to give information, or to recall ourselves to your recollection.  … And if these afflictions had been confined to ourselves, we might even have determined to keep silence, and to rejoice in our sufferings for Christ’s sake, since “the sufferings of this present time are not worthy to be compared with the glory which shall be revealed in us.”  But at the present time we are alarmed, …. The plague of heresy is spreading, and there is ground of apprehension lest, when it has devoured our Churches, it may afterwards creep on even so far as to the sound portion of your district.  Peradventure it is because with us iniquity has abounded that we have been first delivered to be devoured by the cruel teeth of the enemies of God.  But the gospel of the kingdom began in our regions [i.e., the East], and then went forth over all the world.  So, peradventure—and this is most probable—the common enemy of our souls, is striving to bring it about that the seeds of apostasy, originating in the same quarter, should be distributed throughout the world….

4.  Reckon then, as true disciples of the Lord, that our sufferings are yours.  We are not being attacked for the sake of riches, or glory, or any temporal advantages.  We stand in the arena to fight for our common heritage, for the treasure of the sound faith, derived from our Fathers.  Grieve with us, all ye who love the brethren, at the shutting of the mouths of our men of true religion, and at the opening of the bold and blasphemous lips of all that utter unrighteousness against God. The pillars and foundation of the truth are scattered abroad.  We, whose insignificance has allowed of our being overlooked, are deprived of our right of free speech.  Do ye enter into the struggle, for the people’s sake.  Do not think only of your being yourselves moored in a safe haven, where the grace of God gives you shelter from the tempest of the winds of wickedness.  Reach out a helping hand to the Churches that are being buffeted by the storm, lest, if they be abandoned, they suffer complete shipwreck of the faith.  Lament for us, in that the Only-begotten is being blasphemed, and there is none to offer contradiction.  The Holy Ghost is being set at nought and he who is able to confute the error has been sent into exile.  Polytheism has prevailed.  Our opponents own a great God and a small God.  “Son” is no longer a name of nature, but is looked upon as a title of some kind of honour.  The Holy Ghost is regarded not as complemental of the Holy Trinity, nor as participating in the divine and blessed Nature, but as in some sort one of the number of created beings, and attached to Father and Son, at mere haphazard and as occasion may require.  “Oh that my head were waters, and mine eyes a fountain of tears,” and I will weep many days for the people who are being driven 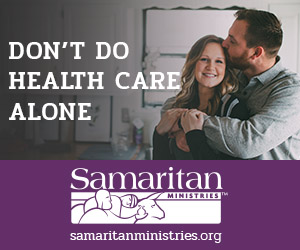 to destruction by these vile doctrines.  The ears of the simple are being led astray, and have now got used to heretical impiety.  The nurslings of the Church are being brought up in the doctrines of iniquity.  What are they to do?  Our opponents have the command of baptisms; they speed the dying on their way; they visit the sick; they console the sorrowful; they aid the distressed; they give succour of various kinds; they communicate the mysteries.  All these things, as long as the performance of them is in their hands, are so many ties to bind the people to their views.  The result will be that in a little time, even if some liberty be conceded to us, there is small hope that they who have been long under the influence of error will be recalled to recognition of the truth.

5.  Under these circumstances it would have been well for many of us to have travelled to your reverences, and to have individually reported each his own position.  You may now take as a proof of the sore straits in which we are placed the fact that we are not even free to travel abroad.  For if any one leaves his Church, even for a very brief space, he will leave his people at the mercy of those who are plotting their ruin.  By God’s mercy instead of many we have sent one, our very reverend and beloved brother the presbyter Dorotheus.  He is fully able to supply by his personal report whatever has been omitted in our letter, for he has carefully followed all that has occurred, and is jealous of the right faith.  Receive him in peace, and speedily send him back to us, bringing us good news of your readiness to succour the brotherhood.