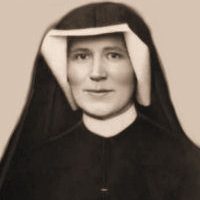 Keep Your Eyes on Poland

Poland has had a special place in the history of the last 100 years, from turning back Russian communists at the Miracle on the Vistula in 1920 onward through World War II and the Cold War. I call Poland “the fulcrum.” Critical events of the last century pivoted around Poland.

That also meant that Poland, the most Catholic country in Europe, suffered terribly, unlike any other. Not only did its Catholics suffer, but its Jews especially. Prior to Hitler’s madness, Poland had more Jews than any nation, including what was then called Palestine.

Ronald Reagan called it “the martyred nation of Poland.” He called it that to the world’s most famous Pole, Pope John Paul II, during their first meeting together in June 1982, underscoring their “special area of mutual concern…your own homeland,” which the president described as a “brave bastion of faith and freedom.” He got no argument from the Polish pope who had experienced the very worst of Poland’s martyrdom, including among his dear Jewish friends.

Reagan also would have gotten no argument from a Polish nun named Helena Faustina Kowalska.

Faustina was born in August 1905 in the village of Glogowiec. In 1924, the 19-year-old farm girl and her sister went to a dance in a park in the cheerful city of Lodz, which, in just two decades, would be ripped to shreds by invading armies. While at that dance, the teenage Faustina had a vision of a suffering Jesus. As the room froze, she stood stunned as she said Christ himself appeared and asked, “How long shall I put up with you, and how long will you keep putting me off?”

That would be a wake-up call to anyone, would it not? After standing and then sitting motionless, speechless, shaken, the girl gathered her senses and dashed to the cathedral. What else would one do? There, she said she was told by Jesus to leave for Warsaw right away to join a convent. She did.

Faustina’s truly extraordinary religious life was a mix of … Read more to learn what Faustina saw and how it is relevant today and going forward, especially during this Lent!