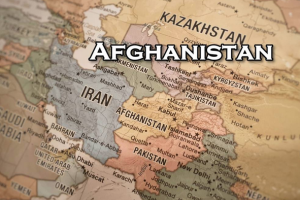 Terror in Afghanistan as people desperate to flee Taliban take-over

With the fall of Kabal to Taliban terrorists yesterday, the stakes couldn’t be higher in Afghanistan, especially for women and children who are particularly vulnerable to Taliban violence and abuse as a tool of aggression, manipulation, fear and terror.

Mid-afternoon today, Biden unapologetically defended his decision to withdraw troops from Afghanistan, putting blame on the Afghan people.  Confusingly, the speech comes days after Biden ordered an additional 7,000 troops into the beleaguered country.

Meanwhile, photos of desperate Afghans cling to the outside of a U.S. military plane, crammed to overflowing with Afghans and others inside, as it headed to the runway.  Those still immersed in the chaotic scene on the ground witnessed in horror as people who had clung to the outside of the aircraft fell to their death.

Senior officials in the U.S. and abroad question why there was not a civilian withdrawal before a military withdrawal, which would have insured that those who aided the pro-democracy effort would not be abandoned.

One of the pithiest reports we’ve seen is as follows:

Frontpage—Biden disastrously withdrew the military before pulling out the civilians.

His big withdrawal pulled out 1,900 troops of the 2,500 in the country. The Taliban quickly took over forcing an emergency evacuation and the latest reported numbers with the added forces that Biden has dispatched show that there are 7,000 American military personnel already on the ground or soon to be there.

That’s more than 3 times the number of troops that Biden withdrew.

Except that now American forces are operating in a dangerous and chaotic environment controlled by the Taliban.

Had Biden conducted a responsible withdrawal, American civilians would have been pulled out before the military. Instead, Biden and his radical incompetents wanted to celebrate a military withdrawal, and pulled out most military personnel, resulting in the collapse of Afghanistan which trapped many Americans in the country.

If the Taliban had been more… read more>