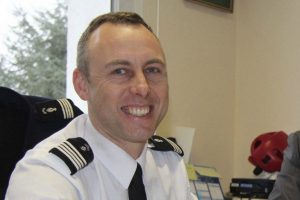 Modern-Day Saint Maximillian Kolbe: In France, A Catholic Soldier Murdered by a Terrorist offered his life in exchange for a hostage

Crisis Magazine—Lieutenant Colonel Arnaud Beltrame (44) has become famous overnight. His family could well have done without his fame, since it came at such a cost—the sacrifice of his own life. He offered himself as a hostage in exchange for a wife and mother who was held captive by the terrorist Radouane Lakdim. Lakdim had taken over a supermarket in Trèbes, close to Carcassonne in southern France, threatening to blow up the store along with many hostages. Beltrame, a member of the French military police called the “Gendarmerie,” began negotiations with the attacker, drawing his attention away from the other Gendarmes who evacuated people from the building. He then took the unusual step of offering himself in exchange for the remaining hostage.

Beltrame was not just a heroic soldier. He was also a practicing Catholic, a convert who was close to the Abbey of St. Marie de Lagrasse, where he and his fiancée Marielle Vandenbunder (40 years old and a vet at a local zoo) were preparing for their wedding on June 9. Père Jean-Baptiste from the abbey (a regular canon of the Mother of God community founded in the 1970s that took over the abbey in 2004) came to give Beltrame last rites and the Apostolic pardon (a plenary indulgence) at the hospital on the evening of March 23. He died the next morning. Because of this priest’s public statement, we know something about the officer’s background and … READ MORE OF THIS INSPIRING STORY>>