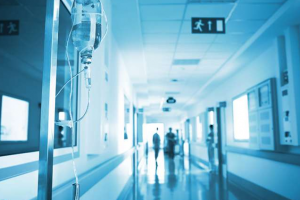 Judge Stanley Bastian in the Eastern District Court of Washington, an Obama appointee, ruled against the Department of Health and Human Services Nov. 7 after the State of Washington brought a lawsuit against the agency’s conscience protection rule that was issued in May.

The HHS rule had enforced existing laws which stipulated that health care workers and entities did not have to participate in, provide or pay for procedures they morally objected to, such as abortions.

The conscience rule was originally set to go into effect in July but its implementation was delayed until Nov. 22 because of lawsuits filed over it. Then, a federal district court judge in New York vacated the rule Nov. 6, followed by Judge Bastian’s decision Nov. 7.

Washington Attorney General Bob Ferguson issued a statement following Thursday’s ruling, saying that “all Washingtonians deserve to receive the full range of health care services” and that the district court recognized this.

“This rule would have disproportionately harmed rural and working poor Washington families, who have no alternatives to their local health care providers, as well as LGBTQ individuals, who already face discrimination when they seek medical care,” Ferguson said.

In allowing health care workers and entities to opt out of providing certain procedures, the rule unfairly discriminated against people seeking abortions, gender-transition surgeries, and other procedures, he argued.

The HHS rule “Protecting Statutory Conscience Rights in Health Care; Delegations of Authority” drew upon existing conscience protections that had already been enacted by bipartisan majorities in Congress, and provided for enforcement of these protections in HHS-funded health care programs.

Under the rule, health care providers, entities, and workers would be prevented “from having to provide, participate in, pay for, provide coverage of, or refer for, services such as abortion, sterilization, or assisted suicide,” HHS said when the rule was finalized in May.

HHS also issued the rule to clarify the conscience rights of health care employees and institutions so they might not “feel compelled” to participate in a procedure against their moral convictions or leave the industry altogether.

In the wake of the Supreme Court’s 1973 Roe v. Wade decision that legalized abortion, Congress had begun enacting laws and amendments to provide some protections for health care workers or entities opposed to participating in abortions and sterilizations, in federally-funded programs. Provisions such as the Weldon Amendment, the Church Amendments, and the Coats-Snowe Amendment were examples of these protections.

In 2008, at the close of the Bush administration, the HHS also issued a conscience protection rule for health care workers that was rescinded by the Obama administration.

In response to the 2019 rule, a coalition of 19 states, the District of Columbia, local governments, and pro-abortion groups including Planned Parenthood’s national federation and Northern New England affiliate, all sued the administration.

Last Wednesday, a district court judge in New York struck down the 2019 HHS rule, saying that it violated the Administrative Procedure Act and the Constitution.

The HHS Office of Civil Rights says that, while the rule will not go into effect for the time being, the office will continue to investigate complaints of conscience violations in health care, under the agency’s 2011 rule and the existing laws passed by Congress “to the extent not prohibited by court order.”

During the Trump administration, the agency had created a new division for conscience rights and religious freedom within the Office of Civil Rights, as an effort to hear and investigate cases of discrimination against the conscientious beliefs of health care workers.

In August, the agency released the results of its investigation in a case at the University of Vermont Medical Center, where it said a nurse had been coerced into assisting in an abortion despite her conscientious objection. HHS issued a notice of violation against the hospital.

Roger Severino, director of the HHS Office for Civil Rights, said in a press call announcing the violation that over the course of eight years the agency received only 10 complaints by health care workers of conscience violations; now hundreds are received per year.

The Department of Justice had not responded to CNA’s request for comment by press time on whether or not the administration would appeal the two decisions to a higher court.