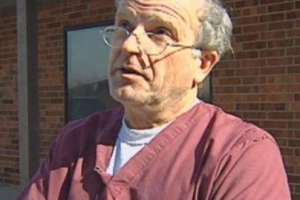 CNA—An investigation has been launched by police after more than 2,000 remains of aborted children were found at the former home of late-term abortionist Dr. Ulrich “George” Klopfer in Will County, Illinois.

Klopfer passed away on September 3. Nine days later, an attorney representing his family contacted the Will County coroner’s office, reporting that “medically preserved fetal remains” had been discovered on the property and requesting proper removal. It was discovered that a total of 2,246 fetal remains were on the property.

Authorities say there is no evidence that Klopfer was performing abortions at his house in Illinois.

The Will County Sheriff’s Office declined to comment further to CNA, citing the open and ongoing investigation into the remains and deferring all questions to a forthcoming press conference.

Owner of 3 abortion clinics, more than 30,000 children not given chance to be born

It is unknown what the approximate gestational ages of the fetal remains are, how old the remains were, or where the abortions took place. It is not legal to transport fetal remains over state lines, and abortion in Indiana is not legal past the 22nd week of pregnancy. If the abortions were found to have been performed on older fetuses, Klopfer also would have been guilty of this crime as well.

Klopfer’s medical license was suspended in 2016 following numerous safety and legal violations in the state of Indiana.

Prior losing his medical license, Klopfer was believed to be one of the most prolific abortionists in Indiana. Over his four-decade career, he is estimated to have aborted more than 30,000 children. He worked at three clinics, which he owned, with locations in South Bend, Fort Wayne, and Gary. Klopfer only reported performing first-trimester abortions, rasing further questions about the nature and developmental age of the fetal remains.

His home in Will County, where the remains were discovered, is not far from the Indiana border.

Klopfer’s license was initially suspended in 2015 after he failed to timely report that two of his patients were 13-year-old girls. He was charged with a misdemeanor, but that charge was dropped after the completion of a pre-trial diversion program.

Indiana law requires that abortions on patients that young must be reported within three days, and Klopfer instead waited six months to report their abortions. The state medical board voted to suspend his license, even though the charges were dismissed. The three clinics he owned were all closed by November 2015.

Indiana’s age of consent for sexual intercourse is 16 years old, although there are “Romeo and Juliet” exceptions for consensual relations between two underage teens.

In 2016, after his license was suspended, the state’s attorney general’s office filed a complaint alleging that Klopfer had failed to provide proper personnel to monitor women who were undergoing a surgical abortion procedure. Klopfer was accused of regularly failing to offer painkillers to women undergoing an abortion, and often performed surgical abortions without any anesthetic.

During those proceedings, Klopfer also admitted to performing an abortion in Illinois on a 10-year-old girl who had been raped by her uncle, and that he did not report the crime to the appropriate authorities.

The state’s medical board also found that Klopfer was using outdated surgical practices from the 70s and 80s, and that his facility in Fort Wayne was “rundown, not well-maintained” with expired medications and equipment that did not work.

Police said Klopfer’s family has been cooperating with the investigation.

South Bend Mayor Pete Buttigieg, who is currently a candidate for the Democratic nomination for president of the United States. In August, Buttigieg expressed support for an unlicensed abortion clinic, Whole Woman’s Health, was beneficial for the women of his city. Due to a court injunction, the clinic is allowed to continue to operate.

“The South Bend clinic would be the only one for a radius of several counties,” said Buttegieg’s press secretary Chris Meagher. “It is a restriction on a woman’s right if she is low-income, or doesn’t have a vehicle, and she has to visit multiple times, but the clinic is dozens of miles away.”

The administrator of Whole Woman’s Health’s South Bend location is a former employee of Dr. Klopfer who worked at his now-shuttered South Bend clinic.

As Mayor of South Bend, Buttigieg attempted to block the operation of a pro-life pregnancy center that was attempting to open next door to Whole Woman’s Health, saying that he thought it was not “responsible.” The pregnancy center, Women’s Care Center, was eventually able to open across the street.