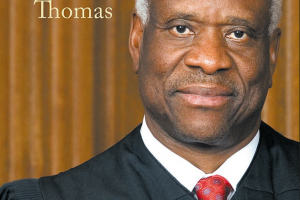 This case has the potential to overturn the Court’s precedential cases Roe v. Wade and Planned Parenthood v. Casey, which say that women have the right to abort their babies up to about 24 weeks of pregnancy.

Mississippi law bans nearly all abortions after 15 weeks of pregnancy. The case heard this week challenges that law.

After 24 weeks, a fetus is typically considered viable (able to survive outside the womb), so the law deems it is no longer able to be aborted.

The arguments for Jackson’s Women’s Health Organization rested heavily upon the idea that abortion is a question of right, liberty and autonomy, and for those reasons, it must be upheld. But Justice Clarence Thomas questioned whether abortion is a constitutional right.

Julie Rikelman addressed the court on behalf of Jackson Women’s Health Organization, which is the last abortion clinic in Mississippi, along with U.S. Solicitor General Elizabeth Prelogar, who argued, “If this Court renounces the liberty interests recognized in Roe and reaffirmed in Casey, it would be an unprecedented contraction of individual rights and a stark departure from principles of stare decisis [precedent].

Prelogar added, “The Court has never revoked a right that is so fundamental to so many Americans and so central to their ability to participate fully and equally in society. The Court should not overrule this central component of women’s liberty.”

Thomas then immediately asked Prelogar to clarify exactly what right was being argued for.

“General, would you specifically tell me —   >>read more

Of all the current Supreme Court Justices, Justice Clarence Thomas has been on the court the longest. He took his seat in 1991.

It is assumed that Thomas will be in favor of upholding the Mississippi law, SCOTUS Blog reported.

He was on the Court for the Casey ruling in 1992 and joined the opinion of previous Chief Justice William Rehnquist, saying, “Roe was wrongly decided, and … it can and should be overruled.”

But his distinctive questioning Wednesday made an important clarification in the debate over abortion: The choice to abort a baby is not, in and of itself, a Constitutional right. But the Constitution does uphold the rights to liberty and it promotes certain ideas of autonomy. So does abortion fall under that constitutional umbrella of liberty, specifically laid out in the fourteenth amendment?

That is what Justice Thomas was trying to clarify. His question exposed a weakness in the core argument of Jackson’s Women’s Health Organization….   >>read more