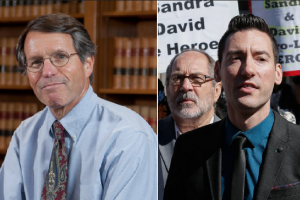 The Wall Street Journal identified U.S. District Judge William Orrick, of California, as one of 131 federal judges who broke the law by hearing cases in which they or their immediate family had a financial interest. The law requires judges to recuse themselves in such cases to prevent conflicts of interest.

In about two thirds of the cases — including one of Orrick’s, the investigation found that the judges’ rulings were in favor of the group that they had financial ties to, according to the Daily Mail.

The Wall Street Journal did not include any details about or name the group with which Orrick had financial connections. Either he or someone in his immediate family owned stock from the group that he ruled in favor of, the investigation found. He heard the case sometime between 2010 and 2020.

In response to the findings, Orrick “directed the court clerk to notify the parties of the conflict. The letter, which was publicly filed on the docket in his case, said the stock neither impacted nor affected his decisions,” according to the report.

This is not the first time Orrick has been accused of having a conflict of interest in a case.

Lawyers for Daleiden, the founder of the Center for Medical Progress, asked Orrick to recuse himself from his case several years ago after learning of the judge’s connections to the Planned Parenthood abortion chain. However, Orrick refused.