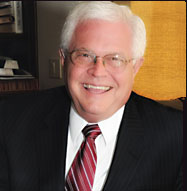 You’re telling me that 3 Portuguese shepherd children in a dusty field saw and talked with Mary, the Mother of God? People’s first reaction has to be: “You gotta be kidding!”
But 70,000 people following the children confirmed what happened. That is the inspiring core of the 1917 miracle at Fatima, which was Mary’s call to repentance and holiness by people throughout the world.
Origin Entertainment’s CEO and producer Dick Lyles of the new movie “Fatima” about the miracle is being released this Friday, Aug. 28.  He believes that this refreshing new movie and the Fatima message are especially relevant and compelling today, during a time when both health and holiness are under great threats.  He believes that in people’s individual searching for hope and meaning in life, the history that is the Fatima story can motivate and inspire people during these times of great need.

Dick Lyles is CEO of Origin Entertainment. In addition to his leadership, he brings extensive expertise in the areas of business, strategy, finance, and marketing to the team. Most recently he served as a producer on FATIMA starring Harvey Keitel, Sonia Braga and Goran Visnjic and is a producer of IM/MORTAL.

Yesterday, Catholic Business Journal’s reporter Al Donner squeezed in a quick interview with Dick Lyles about FATIMA and it’s release to the public this Friday, August 28, 2020.

Q.  Catholic Business Journal:  What is the core message you seek to convey in “Fatima,” an account of the apparition of the Blessed Virgin Mary to three shepherd children in rural Portugal in 1917?

A.  Dick Lyles:  The core message is that each of us has a responsibility to reach out to the world. Each of us needs to take actions that will lead to peace and love in the world.

Q.  How does the movie relate to people today?

A.  People are still offending God, and that leads to hatred and wars. The situation today is comparable to what people faced in 1917.   So 100 years later, the story of Fatima continues to inspire people, because the world seems to need that message. Our world certainly is facing the same kind of challenges.

A.  People asking that question haven’t looked at the data. We are certainly facing the same kind of challenges as 1917. It is overwhelming.

Q.  Will people in today’s highly-connected world find relevance in the events of Fatima, or will they be skeptical about it?

A.  Some 70,000 people were at Fatima and witnessed what happened. Remember, that was before the internet and television. And they all described it the same way!

Q.  How is this movie impacting Catholics today?

A.  It is giving Catholics more confidence to be who they are, as we are living in today’s world. We are hungry for that message now!

Q.  What has been the overall reaction you get  from people after they see the movie?

A.   First, they say they feel better about themselves.  Then they add, “I have a lot of friends, and I really want them to see it!”

Q.  But does the story have any value for people who are not Catholic?

A.  Fatima is a story that anyone can love! People in the pews will love it, but you do not have to be Catholic to love it!  I have a friend, a Muslim, who watched it in a pre-release screening. She told me afterward that it brought tears to her eyes. She added that ‘Fatima will be my path toward faith.’ And she is a Muslim!

Q.  HOW CAN I SEE THE NEW FATIMA MOVIE?

A.  Find the trailer and how to see the movie FATIMA by clicking here.

Al Donner is a retired reporter based in northern California.