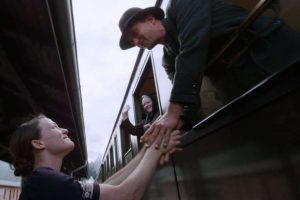 NEW FILM: ‘A Hidden Life’ brings story of Bl. Franz Jaggerstatter and his wife to the big screen

CNA—A new film opening this weekend tells the story of Blessed Franz Jagerstatter, whose refusal to fight for the Nazis in World War II led to his imprisonment and death.

Franz was beatified by the Catholic Church in Austria in 2007. His wife, Franziska, was present at the beatification. She died in 2013 at the age of 100.

The story of the couple, living as peasant farmers in St. Radegund in Upper Austria during World War II, is recounted in the film A Hidden Life. The movie is written and directed by Terrence Malick, which premiers in select U.S. theaters Dec. 13.

The narrative places a strong emphasis on the town and farm where Franz and his family live, showing in detail their daily lives and the work they do with their animals and in the fields and garden.

The strong love between the husband and wife, and in the family, are also closely shown, as they become criticized and ostracized by their neighbors for what is seen as a selfish choice to conscientiously object to fighting in Hitler’s war.

Valerie Pachner, the Austrian actress who plays Franziska in A Hidden Life, told CNA she enjoyed portraying a real person because of the depth it lends the role and because of the responsibility she felt toward the real-life Franziska.

“I identified so strongly with the character. And that was in a way both wonderful and beautiful but also very challenging,” she said.

It was inspiring for her, she explained, “to witness two people who know so well what is right in their hearts and follow that” even though it means putting their own needs and survival last.

What impressed the lead actress

“That was definitely something that impressed me a lot. And trying to get close to that through portraying that character really gave me a certain sense of strength and empowerment,” Pachner continued. 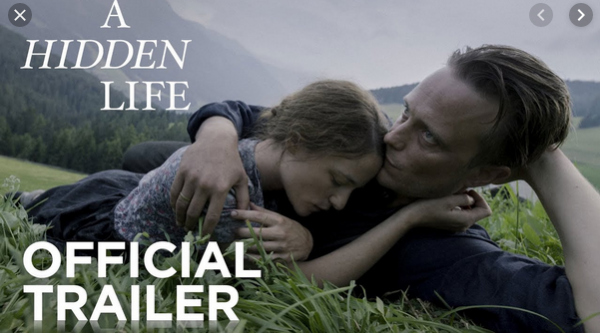 “I just felt it’s amazing what human beings are capable of and I found it very wonderful, this approach that they had to that decision. It really gave me a lot of strength.”

A Hidden Life starts in St. Radegund in 1939 when Franz is already a strong Catholic. But the real-life man did not start his life with a strong faith.

Franz’s mother, Rosalia Huber, was unmarried when she gave birth to him in 1907. His biological father was killed in World War I. His mother later married the man who adopted him, Heinrich Jagerstatter, when he was 10 years old.

Franz was a womanizer as a young man and fathered a daughter out of wedlock. There were periods during which Franz stopped going to Mass.

He became a farmer and met Franziska, whom he wed on Holy Thursday 1936. They then traveled to Rome, where they received the blessing of Pope Pius XI.

The power of a good woman

Through Franziska’s influence, Franz became the sexton of the local church, taking care of the property and grounds and assisting at liturgies. He started attending daily Mass.

The husband and wife had three girls together and also remained close to Franz’s older daughter.

When Hitler invaded Austria in 1938, Franz was the only one in his village to vote against the Anschluss, the annexation of Austria by Germany.

In 1940, he was called up for military service. The mayor helped him to return home shortly after, but he was again called up for active service from October 1940 until April 1941, when the mayor was again able to intervene for his return home.

During the time he was away, Franz and Franziska exchanged letters. These and other letters between the husband and wife were published in English in 2009.

Preparing for the role

Pachner said reading those letters was the most important thing she did to prepare for the role. “There’s a lot in those letters. And you feel their love, their faith, their day-to-day life,” she said.

The letters also play a major part throughout the film as they are heard through narrated voice-overs.

What if Franz refuses to serve the Nazis? What will happen?

Franz became convinced that it was wrong for him to fight and decided to refuse if he should be called up again, which happened in February 1943.

He offered to carry out other, non-violent military service in place of fighting. However, his request was refused, and he was taken into custody in Linz for two months, then transferred to the Berlin-Tegel prison. He was tried on July 6, 1943 and condemned to death for sedition. He was executed by beheading on Aug. 9, 1943.

A Hidden Life flashes between Franz in prison and his wife and family at home in St. Radegund, as she and her sister take on the full burden of caring for the family farm.

Pachner said she prepared physically for the role, learning how to scythe wheat, churn butter, milk a cow, and other aspects of farm work.

Another part of her preparation for playing Franziska was to watch the documentary The Widow of the Hero. “It’s very small and it’s very hard to find. I had to go to a bookstore in some kind of monastery or something to get it,” she said.

The documentary has an interview with Franziska when she was 96 years old.

Pachner said she “sort of expected [Franziska] to be broken, in a way, I don’t know. And then I saw it and she’s not. She’s this old fragile lady and she’s beaming.”

“And that was very important for me because it made me realize that even though she went through all that hardship, even after the war, for decades, that she did not lose trust in the good of life.”

Pachner was raised Catholic but said she is no longer practicing her faith. The actress

said that if she were faced with the circumstances which Franziska underwent, she would likely respond differently.

Franziska “really has to have something [remarkable] that… she never turns bitter,” she noted.