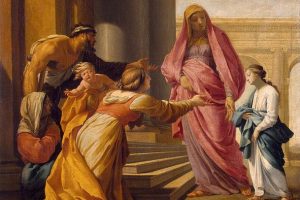 
1 Then I looked, and lo, on Mount Zion stood the Lamb, and with him a hundred and forty-four thousand who had his name and his Father’s name written on their foreheads. 2 And I heard a voice from heaven like the sound of many waters and like the sound of loud thunder; the voice I heard was like the sound of harpers playing on their harps, 3 and they sing a new song before the throne and before the four living creatures and before the elders. No one could learn that song except the hundred and forty-four thousand who had been redeemed from the earth. 4 It is these who have not defiled themselves with women, for they are chaste; it is these who follow the Lamb wherever he goes; these have been redeemed from mankind as first fruits for God and the Lamb, 5 and in their mouth no lie was found, for they are spotless.

Reflection for the day: “Jesus honored her before all ages, and will honor her for all ages. No one comes to Him, nor even near Him, no one is saved or sanctified, if he too will not honor her. This is the lot of Angels and of men.” — St. Maximilian Mary Kolbe 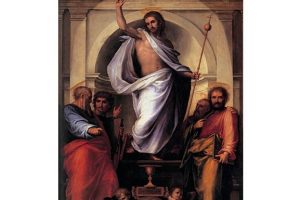 The Solemnity of Our Lord Jesus Christ, King of the Universe
Daily Mass Readings »