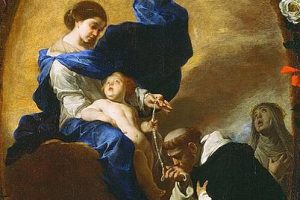 
2 On the fifth day of the month (it was the fifth year of the exile of King Jehoiachin), 3 the word of the Lord came to the priest Ezekiel son of Buzi, in the land of the Chaldeans by the river Chebar; and the hand of the Lord was on him there. 4 As I looked, a stormy wind came out of the north: a great cloud with brightness around it and fire flashing forth continually, and in the middle of the fire, something like gleaming amber. 5 In the middle of it was something like four living creatures. This was their appearance: they were of human form. 24 When they moved, I heard the sound of their wings like the sound of mighty waters, like the thunder of the Almighty, a sound of tumult like the sound of an army; when they stopped, they let down their wings. 25 And there came a voice from above the dome over their heads; when they stopped, they let down their wings. 26 And above the dome over their heads there was something like a throne, in appearance like sapphire; and seated above the likeness of a throne was something that seemed like a human form. 27 Upward from what appeared like the loins I saw something like gleaming amber, something that looked like fire enclosed all around; and downward from what looked like the loins I saw something that looked like fire, and there was a splendor all around. 28 Like the bow in a cloud on a rainy day, such was the appearance of the splendor all around. This was the appearance of the likeness of the glory of the Lord. When I saw it, I fell on my face, and I heard the voice of someone speaking.


1 Praise the Lord! Praise the Lord from the heavens; praise him in the heights! 2 Praise him, all his angels; praise him, all his host! 11 Kings of the earth and all peoples, princes and all rulers of the earth! 12 Young men and women alike, old and young together! 13 Let them praise the name of the Lord, for his name alone is exalted; his glory is above earth and heaven. 14 He has raised up a horn for his people, praise for all his faithful, for the people of Israel who are close to him. Praise the Lord!


22 As they were gathering in Galilee, Jesus said to them, “The Son of Man is going to be betrayed into human hands, 23 and they will kill him, and on the third day he will be raised.” And they were greatly distressed. 24 When they reached Capernaum, the collectors of the temple tax came to Peter and said, “Does your teacher not pay the temple tax?” 25 He said, “Yes, he does.” And when he came home, Jesus spoke of it first, asking, “What do you think, Simon? From whom do kings of the earth take toll or tribute? From their children or from others?” 26 When Peter said, “From others,” Jesus said to him, “Then the children are free. 27 However, so that we do not give offense to them, go to the sea and cast a hook; take the first fish that comes up; and when you open its mouth, you will find a coin; take that and give it to them for you and me.”

Reflection for the day: “We must sow the seed, not hoard it.” — St. Dominic