Memorial of St. Athanasius, Bishop and Doctor of the Church 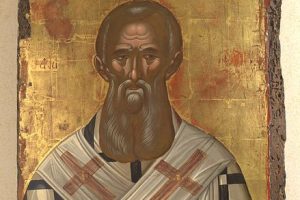 Reflection for the day: “But what is also to the point, let us note that the very tradition, teaching and faith of the Catholic Church from the beginning was preached by the Apostles and preserved by the Fathers. On this the Church was founded – and if anyone departs from this, he neither is, nor any longer ought to be called, a Christian.” — St. Athanasius