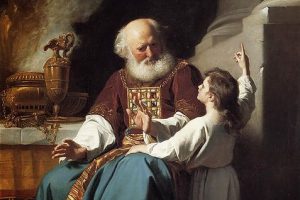 
1 I waited patiently for the LORD; he inclined to me and heard my cry. 4 Blessed is the man who makes the LORD his trust, who does not turn to the proud, to those who go astray after false gods! 6 Sacrifice and offering thou dost not desire; but thou hast given me an open ear. Burnt offering and sin offering thou hast not required. 7 Then I said, “Lo, I come; in the roll of the book it is written of me; 8 I delight to do thy will, O my God; thy law is within my heart.” 9 I have told the glad news of deliverance in the great congregation; lo, I have not restrained my lips, as thou knowest, O LORD.

Reflection for the day: “Souls who aspire to a sublime union with God by contemplation usually suffer interior purgations in one way or another.” — St. Paul of the Cross