Saturday of the 33rd Week in Ordinary Time 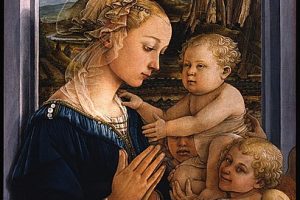 
1 King Antiochus was going through the upper provinces when he heard that Elymais in Persia was a city famed for its wealth in silver and gold. 2 Its temple was very rich, containing golden shields, breastplates, and weapons left there by Alexander, the son of Philip, the Macedonian king who first reigned over the Greeks. 3 So he came and tried to take the city and plunder it, but he could not, because his plan became known to the men of the city 4 and they withstood him in battle. So he fled and in great grief departed from there to return to Babylon. 5 Then some one came to him in Persia and reported that the armies which had gone into the land of Judah had been routed; 6 that Lysias had gone first with a strong force, but had turned and fled before the Jews; that the Jews had grown strong from the arms, supplies, and abundant spoils which they had taken from the armies they had cut down; 7 that they had torn down the abomination which he had erected upon the altar in Jerusalem; and that they had surrounded the sanctuary with high walls as before, and also Beth-zur, his city. 8 When the king heard this news, he was astounded and badly shaken. He took to his bed and became sick from grief, because things had not turned out for him as he had planned. 9 He lay there for many days, because deep grief continually gripped him, and he concluded that he was dying. 10 So he called all his friends and said to them, “Sleep departs from my eyes and I am downhearted with worry. 11 I said to myself, `To what distress I have come! And into what a great flood I now am plunged! For I was kind and beloved in my power.’ 12 But now I remember the evils I did in Jerusalem. I seized all her vessels of silver and gold; and I sent to destroy the inhabitants of Judah without good reason. 13 I know that it is because of this that these evils have come upon me; and behold, I am perishing of deep grief in a strange land.”


1 I will give thanks to the LORD with my whole heart; I will tell of all thy wonderful deeds. 2 I will be glad and exult in thee, I will sing praise to thy name, O Most High. 3 When my enemies turned back, they stumbled and perished before thee. 5 Thou hast rebuked the nations, thou hast destroyed the wicked; thou hast blotted out their name for ever and ever. 15 The nations have sunk in the pit which they made; in the net which they hid has their own foot been caught. 18 For the needy shall not always be forgotten, and the hope of the poor shall not perish for ever.


27 There came to him some Sadducees, those who say that there is no resurrection, 28 and they asked him a question, saying, “Teacher, Moses wrote for us that if a man’s brother dies, having a wife but no children, the man must take the wife and raise up children for his brother. 29 Now there were seven brothers; the first took a wife, and died without children; 30 and the second 31 and the third took her, and likewise all seven left no children and died. 32 Afterward the woman also died. 33 In the resurrection, therefore, whose wife will the woman be? For the seven had her as wife.” 34 And Jesus said to them, “The sons of this age marry and are given in marriage; 35 but those who are accounted worthy to attain to that age and to the resurrection from the dead neither marry nor are given in marriage, 36 for they cannot die any more, because they are equal to angels and are sons of God, being sons of the resurrection. 37 But that the dead are raised, even Moses showed, in the passage about the bush, where he calls the Lord the God of Abraham and the God of Isaac and the God of Jacob. 38 Now he is not God of the dead, but of the living; for all live to him.” 39 And some of the scribes answered, “Teacher, you have spoken well.” 40 For they no longer dared to ask him any question.

Reflection for the day: “Holiness does not consist in not making mistakes or never sinning. Holiness grows with capacity for conversion, repentance, willingness to begin again, and above all with the capacity for reconciliation and forgiveness.” — Pope Emeritus Benedict XVI