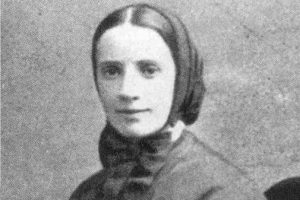 
18:14 For while gentle silence enveloped all things, and night in its swift course was now half gone, 15 thy all-powerful word leaped from heaven, from the royal throne, into the midst of the land that was doomed, a stern warrior 16 carrying the sharp sword of thy authentic command, and stood and filled all things with death, and touched heaven while standing on the earth. 19:6 For the whole creation in its nature was fashioned anew, complying with thy commands, that thy children might be kept unharmed. 7 The cloud was seen overshadowing the camp, and dry land emerging where water had stood before, an unhindered way out of the Red Sea, and a grassy plain out of the raging waves, 8 where those protected by thy hand passed through as one nation, after gazing on marvelous wonders. 9 For they ranged like horses, and leaped like lambs, praising thee, O Lord, who didst deliver them.


2 Sing to him, sing praises to him, tell of all his wonderful works! 3 Glory in his holy name; let the hearts of those who seek the LORD rejoice! 36 He smote all the first-born in their land, the first issue of all their strength. 37 Then he led forth Israel with silver and gold, and there was none among his tribes who stumbled. 42 For he remembered his holy promise, and Abraham his servant. 43 So he led forth his people with joy, his chosen ones with singing.


1 And he told them a parable, to the effect that they ought always to pray and not lose heart. 2 He said, “In a certain city there was a judge who neither feared God nor regarded man; 3 and there was a widow in that city who kept coming to him and saying, `Vindicate me against my adversary.’ 4 For a while he refused; but afterward he said to himself, `Though I neither fear God nor regard man, 5 yet because this widow bothers me, I will vindicate her, or she will wear me out by her continual coming.'” 6 And the Lord said, “Hear what the unrighteous judge says. 7 And will not God vindicate his elect, who cry to him day and night? Will he delay long over them? 8 I tell you, he will vindicate them speedily. Nevertheless, when the Son of man comes, will he find faith on earth?”

Reflection for the day: “I will go anywhere and do anything in order to communicate the love of Jesus to those who do not know Him or have forgotten Him.” — St. Frances Xavier Cabrini