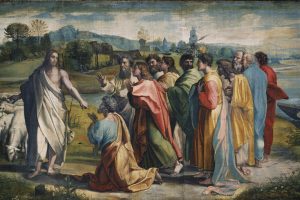 Reflection for the day: “Know, My daughter, that between Me and you there is a bottomless abyss, an abyss which separates the Creator from the creature. But this abyss is filled with My mercy.” — Jesus to St. Faustina Kowalska